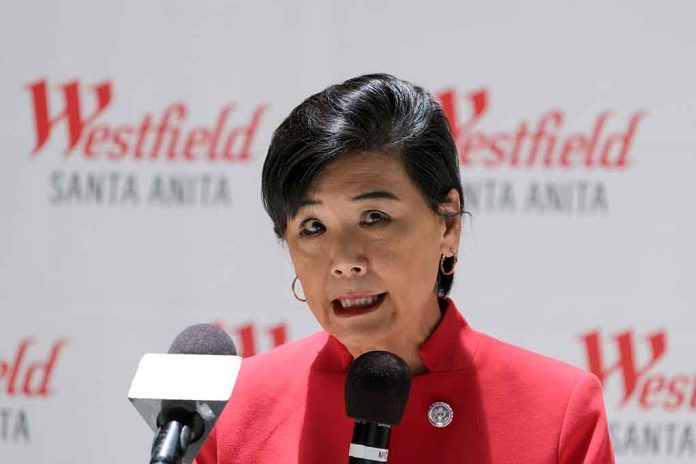 (NewsReady.com) – Pro-choice protesters have taken to the streets over the last week in response to the Supreme Court reversing federal abortion rights. The activists want Congress to take federal action to protect the medical procedure. Police recently arrested a congresswoman who wrote a bill to do just that.

On Thursday, June 30, US Capitol Police arrested 181 protesters who were blocking traffic at the intersection of First Street and Constitution Avenue near the Capitol and Supreme Court. Among those arrested was Rep. Judy Chu (D-CA) who wrote the Women’s Health Protection Act which would have codified Roe v. Wade.

UPDATE: We arrested 181 people for Crowding, Obstructing or Incommoding (DC Code § 22–1307) for blocking the intersection of Constitution Avenue, NE and First Street, NE.

The intersection reopened at approximately 1:20 p.m.

In a tweet, the congresswoman said she attended the protest to march for women who survived rape, can’t afford to travel to another state, or whose life is endangered because of an ectopic pregnancy. She went on to say she won’t “allow the clock to be rolled back on abortion rights” and called on Senate Democrats to abolish the filibuster.

The decision to march today was easy—I came out to march for the young rape survivor, the woman who cannot afford to travel to another state to access critical care, the mother with an ectopic pregnancy whose life is in danger.

I came out to march for all of us. pic.twitter.com/JpkKszmdBG

In the days since the SCOTUS ruling, the cries from the Left to pack the court, implement reforms, and kill the filibuster to codify abortion rights have become louder. What were once considered extreme measures are now being embraced by the Democratic Party as they try to find ways to reclaim the constitutional protections the justices said never should have existed in the first place.

Do you think the Democratic Party is trying to politicize the court?