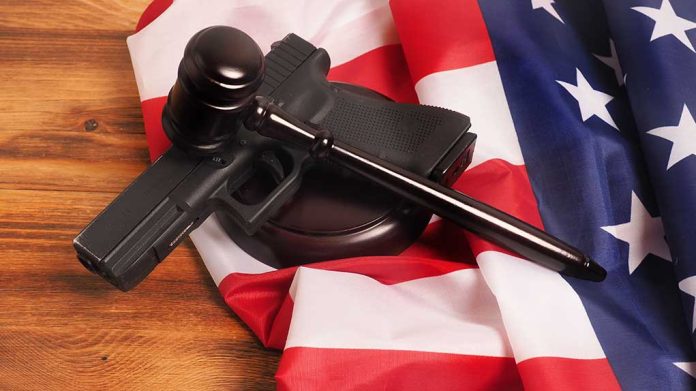 (NewsReady.com) – In the wake of the 2018 Parkland, Florida, high school shooting that left 17 dead, California enacted a ban on semiautomatic rifle sales to people under the age of 21. Second Amendment activists with the Firearms Policy Coalition sued shortly after, saying the law violated the constitutional rights of young adults. A court has now struck the law down.

On May 11, a three-judge panel of the US 9th Circuit Court of Appeals reversed a lower court’s decision to not issue an injunction against the law. The judges pointed out that the Second Amendment “protects the right of young adults to keep and bear arms.” They called the lower court’s ruling a “legal error.”

Judge Ryan D. Nelson, an appointee of former President Donald Trump, wrote, “America would not exist” were it not for the heroism of young adults who served in the Revolutionary War.

California State Senator Scott Wiener (D) slammed the court’s decision, saying Trump’s judges are shredding the Constitution. Two of the three judges on the panel were appointed by the former POTUS; the dissenter was an appointee of former President Bill Clinton.

The latest: 18 year olds have a “constitutional right” to own mass killing machines. The kind used in the Poway synagogue massacre. https://t.co/h5OK25nMXg

Firearms Policy Coalition Vice President Adam Kraut applauded the ruling, saying it confirms lawmakers can’t violate the Second Amendment rights of “peaceable legal adults.” He also said he was optimistic other laws like it would be struck down around the country.

Do you support the court’s ruling?