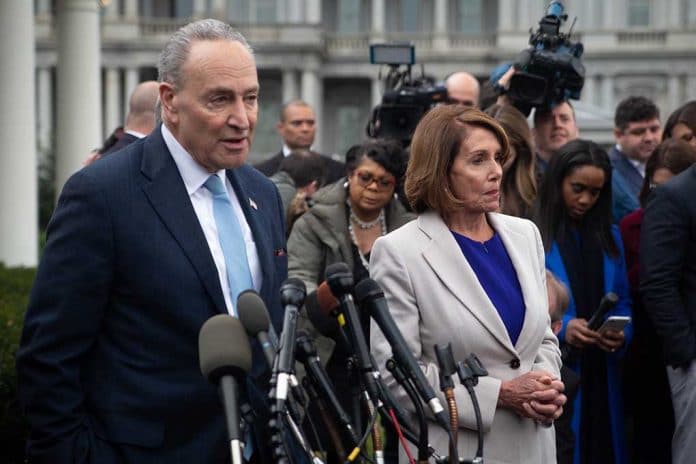 (NewsReady.com) – The Democratic Party is hoping to pass the For The People Act, a massive overhaul of the elections system. Republicans are against it because they say it will skew the elections to keep the Left in power and give the federal government too much authority. Recently, the Democratic and Republican Senate leaders faced off over the legislation.

On Tuesday, May 11, Senate Majority Leader Chuck Schumer (D-NY) and Minority Leader Mitch McConnell (R-KY) clashed during a Senate Rules Committee markup of S.1, the upper chamber’s version of the bill. The GOP senator pointed out that the Left has introduced the bill multiple times. But, while the legislation hasn’t changed much, the “rationales for it have changed constantly.” He went on to say the Democratic Party is trying to “rewrite the ground rules of American politics for partisan benefit.”

“We should be finding ways to rebuild trust, not destroy it further,” McConnell told the Sen. Rules Committee, pointing to the bitterly contested outcomes of the past 2 presidential elections. “But that’s exactly what a partisan power grab would guarantee"https://t.co/Eey8mcDd7u

For his part, Schumer repeated the same tired lines about former President Donald Trump lying about the election. It’s a claim he continues to make, even as states push for audits into their votes. The For the People Act needs 60 votes to get through the Senate. So far, there’s no indication 10 Republicans plan to vote for it, meaning it would be dead upon arrival under the current rules.