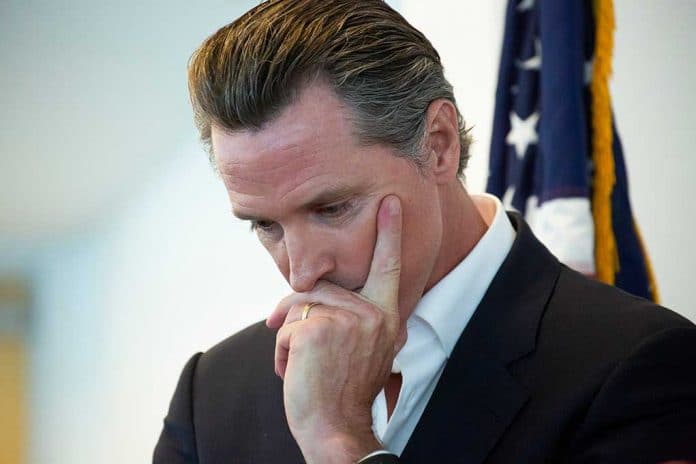 (NewsReady.com) – California has some of the strict restrictions in the country. The Democratic governor, Gavin Newsom, has repeatedly locked down the state. Recently, he told residents that he’s made mistakes, but his words rang hollow.

Newsom gave his State of the State Address at Dodger Stadium on March 9. The Leftist governor, who’s facing a possible recall election, said he and his administration have “made mistakes,” but that they “own them” and have learned from them. It sounded as if he was trying to defend his actions amid the recall efforts. Newsom also said that the state wouldn’t go back to normal, because “normal was never good enough.”

At this point I’m mainly staying here to help #RecallGavinNewsom.

And as I promised here, I will throw his retirement party at French Laundry. https://t.co/fVps9VvXfw pic.twitter.com/yLaGxXvU4U

The governor claims he has owned his mistakes, but he hasn’t. In fact, Newsom has been caught twice breaking his own rules. Once he went to a fancy party in Napa Valley and the second time he posted a video on his own TikTok of himself and celebrity in a restaurant while indoor dining was prohibited. Meanwhile, millions of people in his state are suffering. It’s too little, too late for apologies.