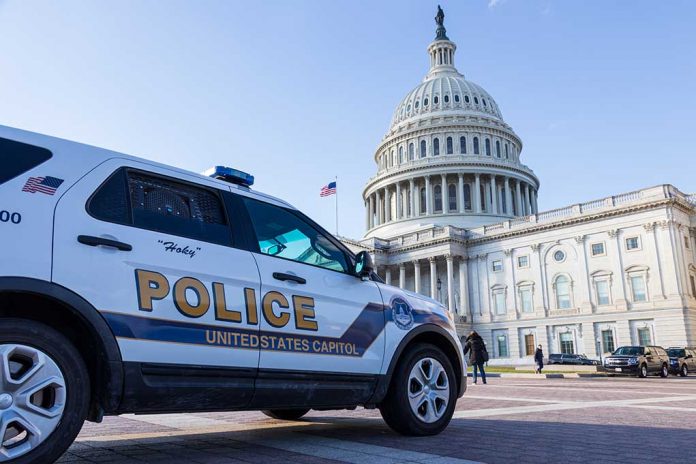 (NewsReady.com) – Democrats are still trying to push the “For the People Act” through Congress, even though it’s already failed in the Senate. Lawmakers have been protesting voting rights in the capital for weeks, and some were arrested. The most recent arrest came this week.

On August 3, police took Rep. Al Green (D-TX) into custody while he protested in support of voting rights in front of the Supreme Court and Capitol buildings. The congressman was standing in a crosswalk with Texas state Rep. Ron Reynolds with their hands over their hearts, singing “We Shall Overcome” when US Capitol Police officers approached them. A video shows the officers placing the lawmakers in handcuffs.

Green and Reynolds aren’t the only lawmakers to be arrested recently. Democratic Reps. Sheila Jackson (TX), Hank Johnson (GA) and Joyce Beatty (OH) have all been taken into custody this summer.

Republicans aren’t buying any of the nonsense from the Left. Conservative lawmakers blocked the voting bill once already. They believe it would make it easier to commit fraud and disproportionately keep Democrats in power.

All of the lawmakers are out of jail.