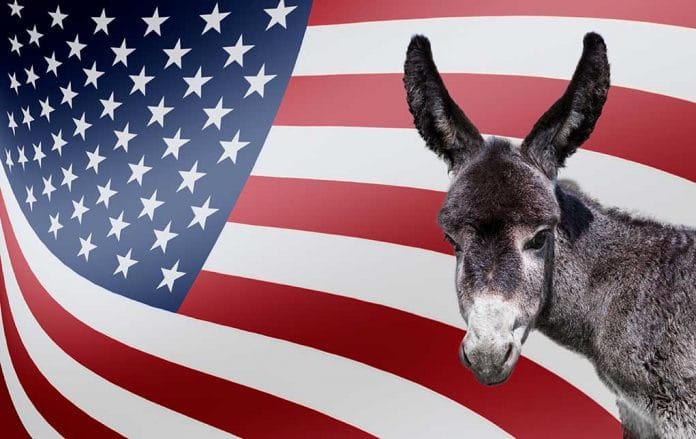 (NewsReady.com) – Republicans are hoping to take the majority in Congress back by targeting the seats of vulnerable Democrats in 2022. Leftist lawmakers in rural areas are reportedly trying to prevent that from happening by doing something pretty shady.

On July 19, Axios reported a growing number of Democrats are trying to distance themselves from their party in their campaign ads for the midterm elections. The report reveals the Left knows they have a problem with rural voters, so they’re hoping to appeal to the Americans by deceiving them. One example of this deceit is an ad for the Senate campaign of Rep. Tim Ryan (D-OH). He never mentions that he belongs to the party once in a three-minute campaign ad.

I'm running for U.S. Senate to fight like hell to cut workers in on the deal. pic.twitter.com/O1hkLdS1up

Axios claims Democratic strategists are telling candidates to focus on policies that Americans support, like infrastructure and labor rights. They believe rural voters don’t trust the Left’s policies after listening to former President Donald Trump for four years. The reality is many voters don’t trust Democrats after listening to Democrats for years.

The Left has attacked gun rights, which are very important to rural America. President Joe Biden has put policies in place that discriminate against farmers based on race and sex. Vice President Kamala Harris recently insinuated these voters are too dumb to make copies of documents. The list goes on and on. Now, they’re trying to deceive voters instead of changing their harmful policies. No wonder the Left is scared.