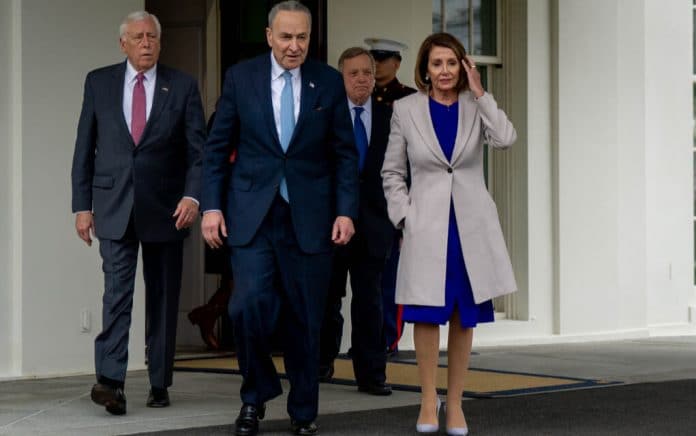 (NewsReady.com) – House Speaker Nancy Pelosi (D-CA), who’s leading the charge for President Donald Trump’s second impeachment, is saying high-minded and impressive things about needing to remove the president from office before Wednesday. According to her, it’s to save the country from unspecified, but awful, consequences. However, some other Democrats are now admitting the real reason behind this apparently pointless political circus.

Talking to ABC’s “This Week” on January 17, Representative Joaquin Castro (D-TX) said that one of the “other purposes of impeachment” is to bar him from running for federal office again. In reality, that’s the only purpose in this case, because there’s virtually no chance of the president being removed from office before the end of his term. Representative Jamie Raskin (D-MD), a House impeachment manager like Castro, made similar comments on CNN the same day.

Rep. Marsha Blackburn (R-TN) shared her thoughts on the ramifications of this action.

To persist with impeachment now, with just days to go in the current administration, will further divide Americans and exacerbate tensions.

Pelosi, and other radicals like Representative Alexandria Ocasio-Cortez (D-NY), claim Trump is a “clear and present danger” to the US and needs to be removed from office before Wednesday. Meanwhile, Castro and Raskin’s comments make clear that their real fear is a successful Trump 2024 presidential campaign. Maybe the Democrats don’t trust democracy to deliver an acceptable result.