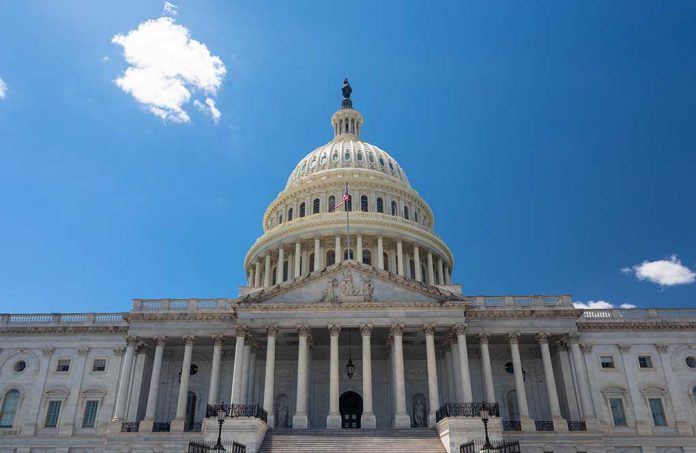 (NewsReady.com) – Democrats have pushed hard for vaccines and mandatory COVID-19 testing for American citizens. They claim those are necessary steps to end the pandemic. However, it seems their concern doesn’t extend to the border.

On September 29, Rep. Mariannette Miller-Meeks (R-IA) offered her bill, the REACT Act, on the House floor. The legislation would require all illegal immigrants in custody on the border to undergo COVID-19 testing. The hope is it would prevent immigration authorities from releasing positively-tested illegals into America where they can spread the virus. Democrats weren’t interested in keeping people safe, though.

Miller-Meeks said Democrats blocked the bill, refusing to allow it to move forward.

Today, I offered my REACT Act on the House floor, which would require DHS to give a COVID test to everyone crossing our border illegally.

The majority chose to block this commonsense bill that would ensure the health and safety of border patrol and border communities. #IA02 pic.twitter.com/Qwbc2ZjH04

The congresswoman also introduced the legislation in March, but Democrats blocked it then, too. It seems like such an obviously bipartisan piece of legislation: test people to make sure they aren’t spreading a deadly virus. But for some reason, the Left seems to want the immigrants to keep spreading COVID. At least, that’s what it seems like they want. Why else would they vote such a bill down?

The hypocritical behavior by the Left has reared its ugly head again. Hopefully, Americans don’t suffer the consequences of their poor decision.