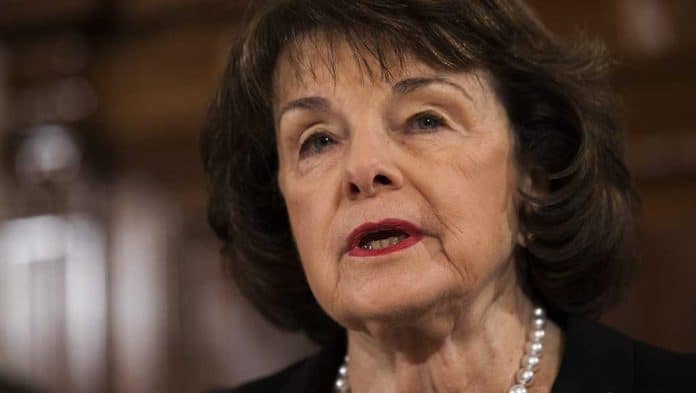 (NewsReady.com) – In 2020, Senator Dianne Feinstein (D-CA) caused outrage within her party because she had the audacity to hug and compliment her colleague, Senator Lindsey Graham (R-SC). The far-Left wanted her to resign because of it; Feinstein refused to give in to their demands. Well, she better brace herself for the backlash again.

On Tuesday, January 19, Feinstein defended Republican Senators Josh Hawley (MO) and Ted Cruz (TX) over their objections to the Electoral College ballots in some states on January 6. The Democratic lawmaker said she believes the “Senate is a place of freedom.” Lawmakers are given the space to “speak their piece” there, and it’s important that they be able to do that. She called the Senate the “highest-level dialogue” Americans get.

Dem @SenFeinstein doesn’t appear on board with punishing @SenTedCruz or @HawleyMO for role in challenging electoral college. “I think the Senate is a place of freedom, and people come here to speak their peace”

Feinstein is exactly right. The Republican senators upheld their oath to office by objecting to the ballots they believed were spoiled by fraud. That’s exactly what they should have done. The Democrats who want to punish them should listen to Sen. Feinstein and take a seat.