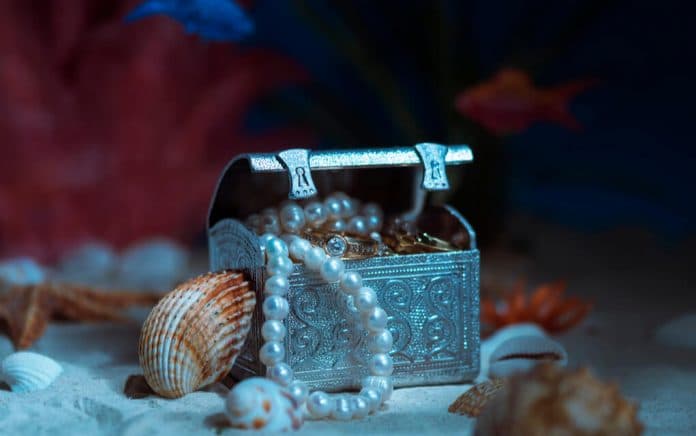 (NewsReady.com) – During WWII, the Nazis stole millions of dollars worth of paintings, jewelry, and other items from their victims. There are stories of Jewish women sewing their most valuable possessions into their clothing to keep it away from the greedy hands of German soldiers. Family treasures were found in the Auschwitz-Birkenau concentration camp after it was cleared. The camp, now a museum, displays some of it.

The Nazis managed to hang on to countless other treasures, and divers thought they finally found many of those ill-gotten goods.

In 1945, Soviet Union warplanes attacked and sank a German ship called Karlsruhe in the Baltic Sea off the coast of Poland. More than 1,000 people were aboard the streamer when it went down. In 2020, divers announced they’d found the shipwreck and believed it could hold the remains of the looted Amber Room (more on that later).

Tomasz Stachura, president of SANTI diving company, told Atlas Obscura, “It is one of the last unresolved mysteries of the Second World War.”

According to divers, the shipwreck contained specially designed crates made with rubber seals in order to protect whatever was inside. In September, divers made it back to the wreckage to investigate the boxes.

For 11 days, divers with Baltictech, a diving company, searched the wreckage and opened boxes. In a Facebook post, they revealed they’d found personal items, military equipment, and other objects but no treasure. However, the company revealed they couldn’t get to the crates at the bottom of the cargo hold. Unfortunately, for now, they won’t be trying to get into that area.

During WWII, the Nazis allegedly looted the Amber Room, a chamber decorated with amber and gold-leaf panels and mirrors. The room was reportedly located in the Catherine Palace of Tsarskoye Selo near Saint Petersburg, Russia.

Nazis reportedly dismantled the room when they invaded Russia (then the Soviet Union). No one has discovered any traces of the room, but the hunt is not over. Perhaps one day, a diver will be able to access that cargo hold and see what’s inside.