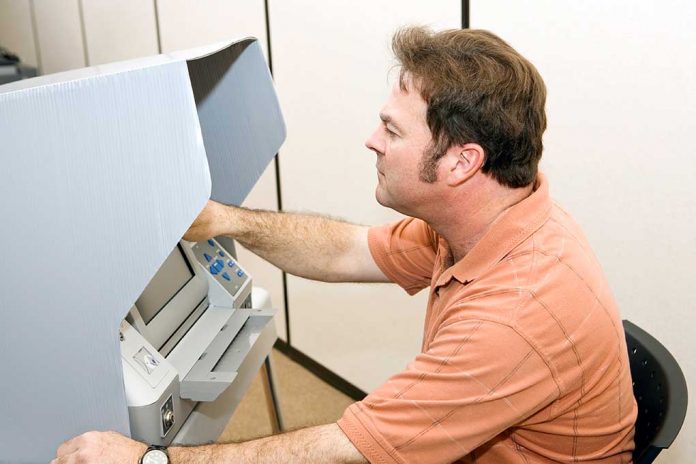 (NewsReady.com) – One of the scariest revelations from last year’s presidential election was the power of liberal-leaning businesses that have woven themselves into our electoral system. The most alarming of all is Dominion Voting Systems, whose machines were involved in many of the most hotly disputed contests. Guess what? It’s just got even worse.

Dominion advisor met with Podesta to help take down Trump according to a Wikileaks emailhttps://t.co/ztWcu7IivC

Emails released by Wikileaks show that, during the 2016 presidential campaign, a partner at Chicago law firm Kirkland & Ellis LLP met Clinton campaign manager John Podesta and said he’d do anything to help defeat Donald Trump. Whatever he did, it wasn’t enough – but it looks like he tried harder in 2020, and this time, his efforts might have made the difference.

In 2018, Staple Street Capital, an investment company linked to Kirkland & Ellis, bought a voting systems company – Dominion. Two years later, Dominion’s machines and software were linked to most of the serious fraud investigations. That raises serious questions about why an equity firm linked to a Podesta ally suddenly decided to buy into the voting systems market.