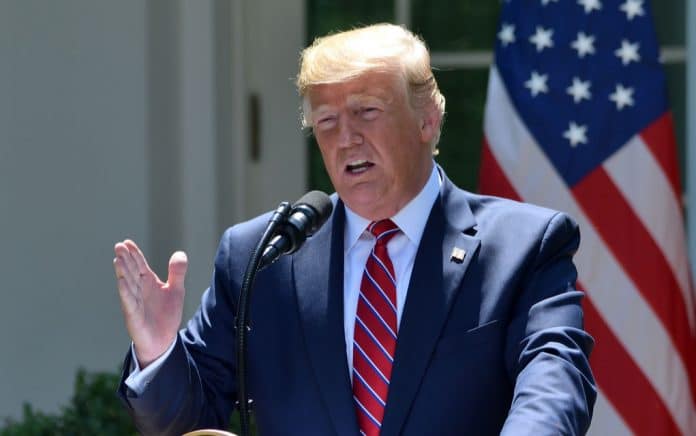 (NewsReady.com) – On June 5, former President Donald Trump was back on the political stage at an event in North Carolina. During his speech to Republicans, he slammed the Chinese Communist Party and said the US should demand reparations.

Trump said that more evidence is starting to come out that increasingly points to a Chinese lab leak as the origin of the COVID-19 outbreak. He said, “We demand reparations from the Communist Party of China.” He went on to say it should be a demand the entire country makes in a “unified voice.”

The former president believes they should pay $10 trillion in reparations and the US should put 100% tariffs on incoming goods. More than 600,000 people have lost their lives in the US as a result of the virus. Thousands of businesses have had to close their doors permanently, unemployment increased as a result of the pandemic, and people are suffering in many other ways as well.

At the very least, the Chinese government should have to pay because they kept the outbreak from the world for months. At worst, they (allegedly) created it and killed hundreds of thousands of Americans. Don’t those families deserve accountability?