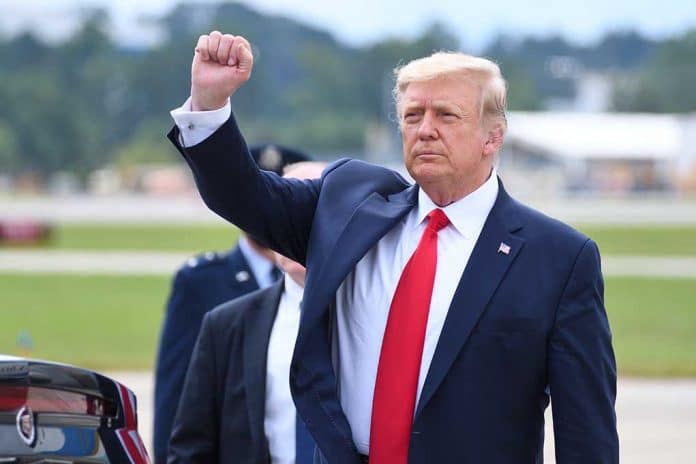 (NewsReady.com) – Rep. Liz Cheney (R-WY) is one of the most vocal anti-Donald Trump members of Congress. She used to be the number three Republican in the House, but lost her position after months of trashing the former commander-in-chief. Trump vowed to fight and put her out of office, and now he’s stepping into the reelection battle.

Earlier this summer, Trump met with Republicans hoping to oust Cheney during the primary. He was reportedly vetting the candidates to see who meets his qualifications. On September 9, Trump released a statement through his Save America PAC announcing his endorsement of Republican Harriet Hageman.

The former president said Hageman is a “very successful attorney” who has the support of Senator Cynthia Lummis (R-WY), as well. He went on to list the conservative policies the candidate supports, including the Second Amendment, military support, and border security.

Cheney’s battle to keep her seat just got a lot harder. Former President Trump has a lot of pull within the party, and her popularity has tanked. Many Conservatives feel she betrayed the country when she voted to impeach Trump during his second trial. Now that he’s actively campaigning against her, it’s hard to see a path to victory for the congresswoman.