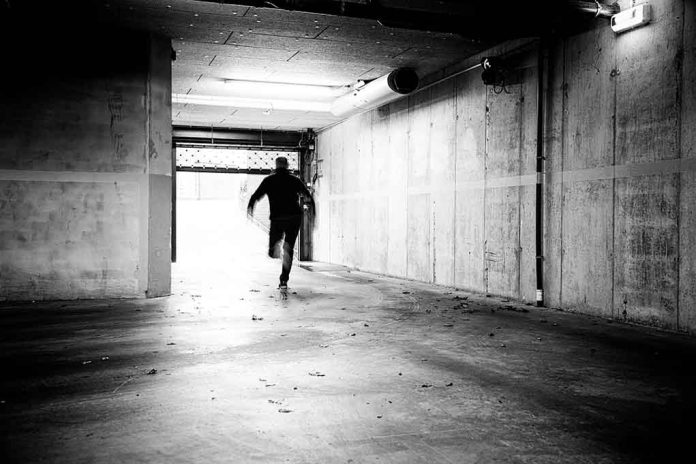 Officer DOWN – Quick Thinking May Have Saved Her Life

(NewsReady.com) – Police officers have incredibly dangerous jobs. It’s not an exaggeration to say they put their lives on the line every time they put on the shield. One officer learned this the hard way in early September and still managed to do her job.

On September 10, just after 1 a.m., 24-year-old Las Vegas Police Officer Tierney Tomburo and her partner pulled over a vehicle. They asked three occupants inside the car to exit and walk to the front. One of them, Gabriel Charles, 27, fled the scene on foot, forcing Tomburo to chase after him.

Body cam footage of the incident shows Tomburo falling to the ground after Charles pulls out a gun and shoots her. She was hit in the hip. The officer responds by firing four shots at the suspect, striking him in the abdomen. He later died at the hospital.

Video reportedly showed Tomburo’s partner using a piece of police equipment to create a tourniquet to stop her bleeding after the shooting. Backup arrived on the scene and transported the injured officer to UMC Trauma. Two days later, the police officer was released from the hospital.

Moments ago:
LVMPD Ofc. Tomburo from @LVMPDSCAC was released from @UMCSN. She was shot during an incident early Sat. morning.
Officers lined up to send her home as she continues to recover from her injuries 💙
We appreciate all of the concern and well wishes for Ofc. Tomburo. pic.twitter.com/WCFbJxTbHS

Police arrested the driver of the vehicle for suspicion of driving under the influence. The passenger was released. Fox 5 Vegas reported that LVMPD Assistant Sheriff John McGrath spoke at a press conference and said the department hopes Tomburo is back on the job soon.