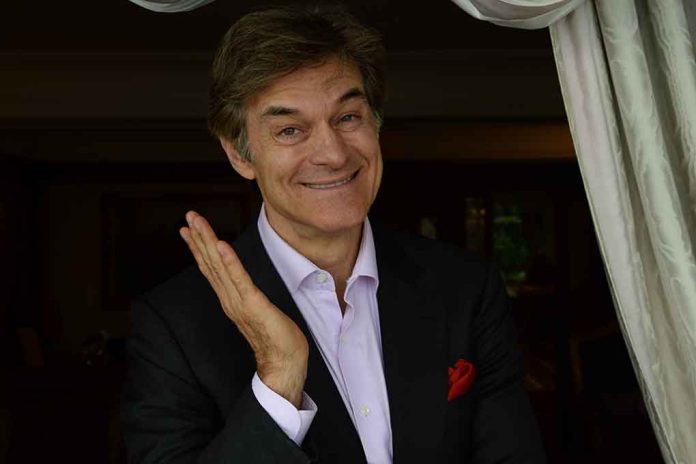 (NewsReady.com) – Dr. Mehmet Oz won the Pennsylvania Republican primary for the US Senate in June. He campaigned heavily on former President Donald Trump’s support. However, as his campaign makes the shift to the general election, he has begun scrubbing his MAGA branding.

Oz has quietly shifted away from Trump and started rebranding his website and social media accounts. There are no longer any photos of the former president on his sites. He has even changed the colors of his banners from bright red to blue.

On Twitter, for example, the Republican candidate’s banner used to prominently feature a photo of him and the 45th POTUS, set in front of a red background with “ENDORSED BY TRUMP” scrawled across it. Now, the banner is blue and only features a photo of himself with a thank you message to voters.

Andrew Solender, an Axios reporter, also claims Oz mentioned Trump in more than 70 tweets between the time the former president endorsed him in April until the primary in May.

New from me @Axios: Dr. Oz has quietly dropped his Trump branding post-primary:

– 70+ tweets about Trump btwn endorsement and primary, none since then
– No new ads feat. Trump vs. tons during primary
– Scrubbed Trump from social media profiles/website https://t.co/GcYCwdIXnu

According to Solender, Oz’s spokesperson told him that Trump’s endorsement is still on the campaign website. Instead of being featured in a pop-up on the home page, visitors have to hunt for it in the endorsements section of his site.

How do you feel about Oz seeming to back away from Trump?