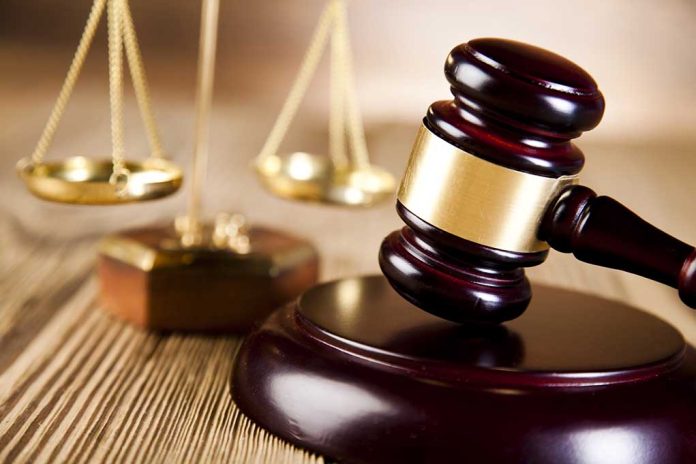 (NewsReady.com) – The high-profile trial of Ghislaine Maxwell, the wealthy socialite accused of procuring underage girls for disgraced financier Jeffrey Epstein, opened in a New York courtroom on Monday, November 29. Prosecutors say she was a key player in Epstein’s web of abuse, but her lawyers say she’s being made a scapegoat for his crimes.

Maxwell, 59, was a close associate of Epstein from 1991 to his first arrest in 2008. Now, she’s facing trial on eight counts of sex trafficking and several other charges. Her four accusers say Maxwell befriended them when they were teenagers and groomed them to perform sex acts with Epstein. They also said Maxwell took part in the abuse herself. If she’s found guilty on all counts, Maxwell faces up to 80 years in prison.

The key witness against Maxwell is Annie Farmer. The other three accusers haven’t waived their anonymity, and Maxwell’s defense team is trying to have one of them dismissed on the grounds that she was already over the age of consent when she allegedly met Maxwell. Prosecutors, who include the daughter of disgraced former FBI chief James Comey, insist her testimony is still relevant.

Maxwell denies all the charges, and her legal team says she’s facing a “prosecution by proxy” for Epstein’s crimes because Epstein himself cheated justice by dying in jail. All three prosecutors previously worked on the case against Epstein, then turned their attention to Maxwell after he was found hanging in his jail cell just yards from the Manhattan courthouse where Maxwell is standing trial.