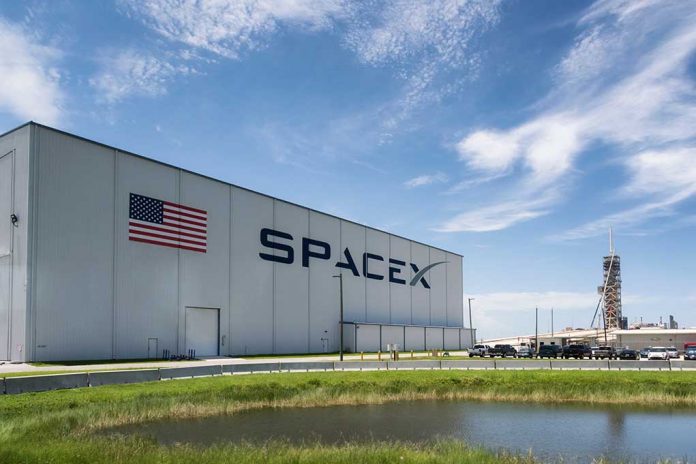 (NewsReady.com) – Elon Musk’s space company SpaceX has launched astronauts into space for a number of years. The company has basically replaced NASA’s space program. Now, the company has made history.

On Wednesday, September 15, at 8:02 p.m., the Inspiration4 space launch took place at the Kennedy Space Center in Florida. However, this time there weren’t any astronauts onboard the space shuttle. Instead, an all-civilian crew was aboard it and ready to spend the next three days in orbit.

Billionaire Jared Isaacman funded the trip to space. The 38-year-old father of two owns the payment processing company Shift4 Payments. He said he’s loved space since he was a child. Physician Assistant Hayley Arceneaux, 29, was also onboard the shuttle. She works for St. Jude Children’s Research Hospital and used the trip as a way to raise money for the medical center that treated her for bone cancer as a child. She’s the youngest American to ever go to space.

I want to thank everyone for all the support, encouragement, and love. And thank you to @stjude for being the reason I’m here today.

This is for everyone who’s ever been through something difficult, and I know we all have. Hold onto hope because there WILL be better days 💕 pic.twitter.com/oxIUq5hxUz

Sian Proctor, 51, is another incredible human. She’s a college professor, artist, poet, and licensed pilot who was a finalist for NASA’s astronaut program in 2009. She has always dreamed of going to space.

Ever since she was a little girl, Sian Proctor dreamt of going to space.

Her dream will come true this Wednesday, making her the fourth Black American woman in history to have ever accomplished this. Follow @DrSianProctor's journey on Countdown: Inspiration4 Mission to Space pic.twitter.com/aIUw2CTqgc

Finally, Chris Sembroski joined the other three astronauts. The 42-year-old father donated to the St. Jude fundraiser and won the seat after his friend backed out. He’s an Air Force veteran who works at Lockheed Martin.

The Falcon 9 rocket will land off the coast of Florida when they come back. While in space, the team will reach an altitude of 360 miles higher than the Hubble Space Telescope. The mission could mark a new chapter in space expedition — one where average Americans are able to take flight.