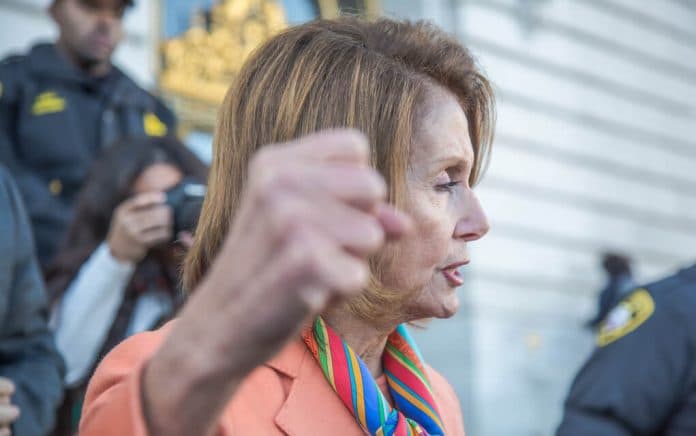 (NewsReady.com) – Many Republicans believe the second impeachment of former President Donald Trump was completely unconstitutional. They said it for weeks leading up to the Senate trial, so it was no surprise when 43 senators voted to acquit him on Saturday, February 13. Everyone saw it coming… except, perhaps, Speaker of the House Nancy Pelosi (D-CA).

On Saturday, shortly after Trump was found not guilty, Democrats held a press conference. Pelosi was there and began to rant. She called Republican senators who voted to acquit “cowardly.” Then, she said they were too “scared” to defend their positions in Congress and failed to protect “the institution.”

The speaker called Senate Minority Leader Mitch McConnell (R-KY) out by name. She said she crashed the presser after seeing him speak after the acquittal. Pelosi then went on to blame him for it.

Once again, the Democratic Party refused to take accountability for their own failures. Trump won his fight because the Left had no evidence. Perhaps Pelosi should read the Constitution’s due process clause before she decides to launch another witch hunt. Then, she won’t have to rant and rave when she loses.