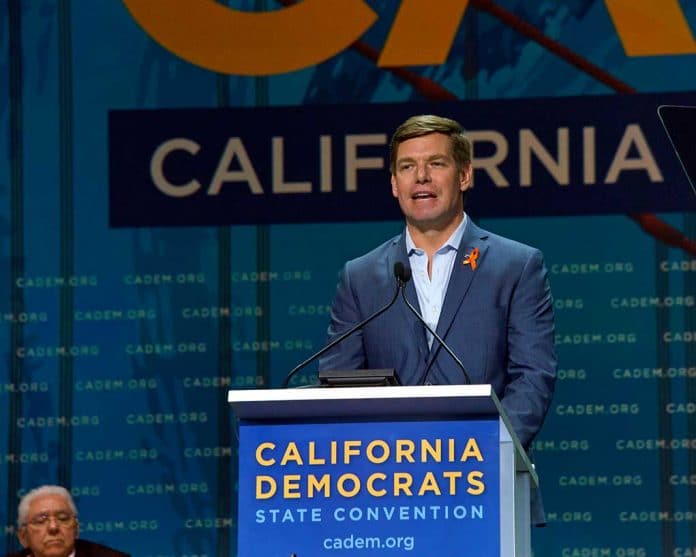 (NewsReady.com) – Rep. Eric Swalwell (D-CA) has spent years calling for the impeachment of President Donald Trump. When it happened the first time, the congressman was giddy. Meanwhile, he was hiding a secret: he’d been the target of a Chinese spy for years. Now, Speaker of the House Nancy Pelosi (D-CA) has given him a prominent role in the next impeachment.

Tonight, I have the solemn privilege of naming the Managers of the impeachment trial of Donald Trump.@RepRaskin@RepDianaDeGette@RepCicilline@JoaquinCastrotx@RepSwalwell@RepTedLieu@StaceyPlaskett@RepDean@RepJoeNegusehttps://t.co/6yMWMEnBTW

On Tuesday, January 12, Pelosi chose Swalwell to be among her impeachment crusaders. The decision comes just weeks after America learned the congressman was a Chinese target and had a spy planted as an intern in his office. Republicans have repeatedly called for the Democrat to be taken out of critical committees, but the speaker doesn’t seem to care.

The impeachment is absurd on its own merits, but to then add a man who may have been compromised by the Communists is an outrage. There are questions about whether he should even be a member of Congress, let alone someone who’s trying to remove the POTUS from office.