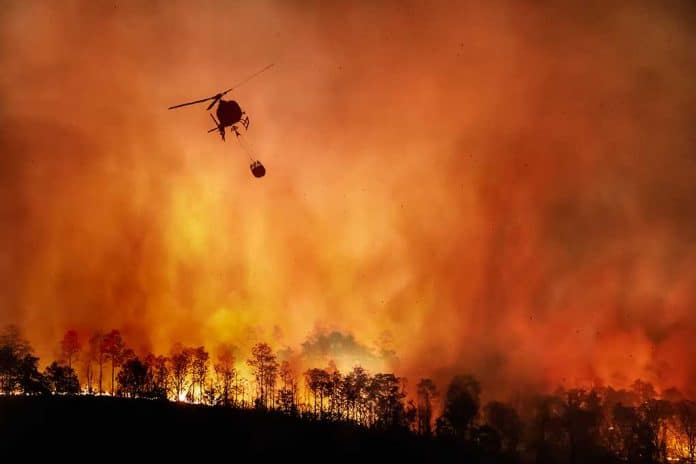 (NewsReady.com) – The 2021 wildfire season is underway and the northwest is already ablaze. The largest fire in the country is currently burning in Oregon amid a historic heatwave. Now, people are fleeing their homes as a result of the blaze.

On Tuesday, July 13, Level 3 evacuation notices were sent out to residents of Sprague River and Beatty as the Bootleg fire in the southern part of the state grew to more than 200,000 acres. Other areas were given Level 2 warnings to be on alert just in case they had to leave quickly.

I can't express to my non-Oregon friends just how alarming and exceptional the Bootleg Fire is. A fire of this size and intensity at this point in the season is virtually unheard of. It is a literal five-alarm wake-up call. https://t.co/E2DSe8FEHF

The increase in size came just days after officials said the plumes of smoke created by the blaze had caused it to cool down and spread in a slower manner. Unfortunately, that reprieve didn’t last long. Oregon Fire Marshal Spokesman Rich Saalsaa said the weather caused everything to fall apart. Temperatures jumped to the low 90s, the wind picked up, and the humidity dropped. Those conditions caused the fire to grow into the largest wildfire in the US at the moment.

More than 1,100 firefighters are fighting the fire in Lake and Klamath counties. Al Lawson, Incident Commander of the regional response team, warned the first responders that they need to expect the fire to behave in ways they haven’t seen before. Authorities are telling residents who are under any evacuation level to be prepared to leave.