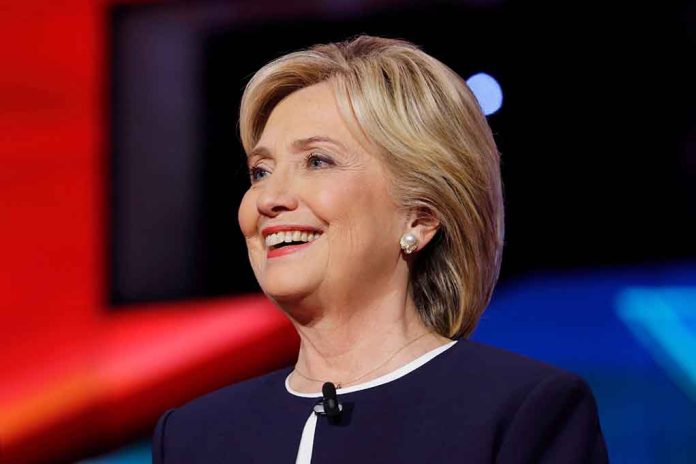 (NewsReady.com) – In September 2021, Special Counsel John Durham announced an indictment against Attorney Michael Sussmann. The lawyer, who worked for Hillary Clinton’s presidential campaign, was accused of lying to the FBI. Less than a year later, a jury acquitted him, and now the acquitted attorney is speaking out.

On May 31, Sussmann walked out of a Washington, DC, courtroom a free man. The cybersecurity attorney was acquitted of the charge against him. After the verdict, Sussmann said he was “grateful to the members of the jury” who heard the case and said he believes justice prevailed. He said he “told the truth to the FBI.”

Sussmann reads brief statement and does not take questions. Says he told the truth to FBI as 12 jurors recognized and despite being falsely accused is relieved justice prevailed. past year has been ordeal for family, looks forward to getting back to work. Thanks legal team./17 pic.twitter.com/VNHaiDCqil

Durham issued his own statement, saying he was disappointed with the verdict, but thanked the jury for their service. He also thanked the investigative and prosecutorial teams that worked on the case for “seeking truth and justice.”

Supporters of former President Donald Trump believe the jury in the largely liberal city was biased. After the verdict, the unnamed jury forewoman told reporters that politics wasn’t “a factor” in the verdict. She said the jury felt comfortable sharing what they thought and were “able to address the questions together.” The forewoman said she didn’t believe the case should have even gone forward, saying the government could have spent the jury’s time “more wisely.” Another juror said they all saw it the same way.