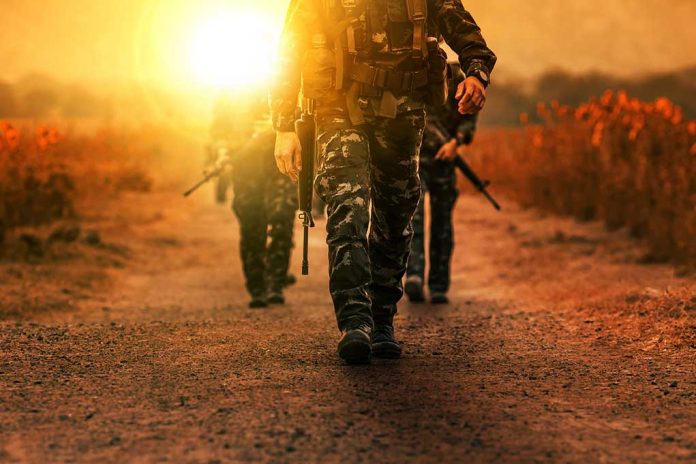 Former Commandos Allied With US Forces Turning to Putin

(NewsReady.com) – During the 20-year war in Afghanistan, the US military trained thousands of Afghan troops to take over the country’s security. Russia is now using that to its advantage and reportedly recruiting the special forces soldiers America trained.

Three former Afghan generals tell @AP that the Russian military is recruiting former Afghan special forces soldiers with offers of steady $1,500-a-month payments and promises of safe havens for themselves and their families. https://t.co/Qcapw8JVYp

Three former generals spoke to the Associated Press and revealed how Russian President Vladimir Putin is trying to attract Afghan commandos. The leader has suffered significant losses in his unprovoked war in Ukraine. Some reports over the summer indicated as many as 80,000 Russian fighters were killed or injured in the battle. As a result, the desperate despot is trying to find ways to refill his ranks, which has led him to Afghanistan.

Former General Abdul Raof Arghandiwal said the commandos “don’t want to go fight — but they have no choice.”

In order to entice the soldiers into joining Russia’s military, Putin is allegedly offering Afghans a monthly income of $1,500. The former generals also told the journalists that the potential fighters are also being told they would receive protection for themselves and their families so they wouldn’t be deported to Afghanistan. The fear of being sent back to their home country is seemingly enough to propel them into the arms of Putin.

When the US left Afghanistan in 2021, it left many soldiers who fought alongside Americans in the country. The Taliban quickly took over and began killing dozens of former officials. That has left scores of soldiers living in fear, now they are becoming desperate.