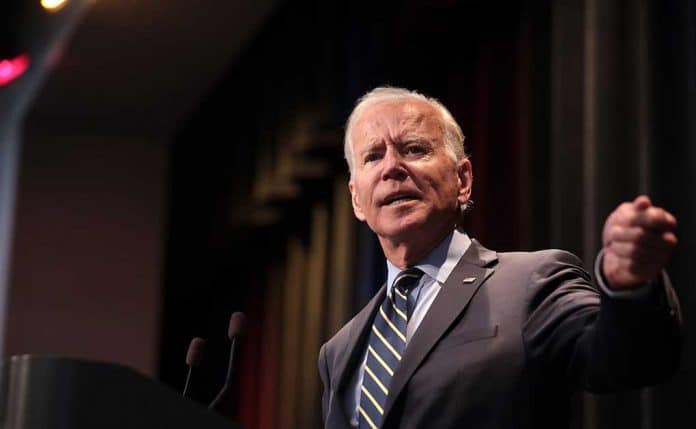 (NewsReady.com) – President Joe Biden signed a $1.9-trillion stimulus package into law on March 11. Republicans voted against the bill because they believed it was too large and the country couldn’t afford it. It seems they were right.

According to reports, Biden is preparing a package that will raise taxes. The president wants to increase the corporate tax rate from 21% to 28% and on people making over $400,000. His legislation will allegedly include an expansion of the estate tax and a higher capital gains rate for people who are making $1 million or more.

They didn't keep their promise.

Biden is planning to slap American workers and families with the largest tax increase since 1993.https://t.co/xtRjvjeCwT

The Tax Foundation analyzed his alleged provisions and found it would shrink the economy.

President Biden’s tax plan would raise approximately $3 trillion, while reducing the size of the U.S. economy, lowering after-tax income for taxpayers across all income levels, and resulting in 500,000+ fewer full-time jobs in the long run: analysis: https://t.co/OcoMaY9WBl pic.twitter.com/VCDVTKUKtp

The country is currently going through an economic downturn. Millions of people have lost their jobs during the pandemic and more than 100,000 businesses permanently shut down. Biden wants to raise taxes on the job creators, which will almost certainly make the situation worse — costing at least 159,000 jobs according to experts.