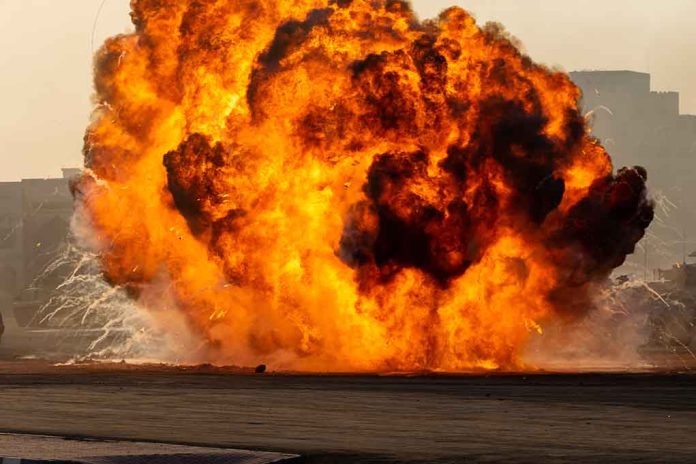 (NewsReady.com) – At least 300 people are feared to be dead after a Russian aircraft bombed a Ukrainian theater used as a bomb shelter. It’s the worst atrocity in Europe since the Bosnian civil war in the 1990s. Now, Ukrainian politicians are calling it genocide.

Russia bombed the theater, which was known to house hundreds of women and children, on March 16.

The City Council says that witnesses report a huge number of casualties.

On March 16, around 1,300 residents of Mariupol, a strategic port city in southern Ukraine that’s been under heavy Russian attack since the first days of the war, were sheltering in the basement of the city’s theater. Satellite images show the word “Children” painted, in Russian, in huge letters on the ground outside the building – but a Russian aircraft bombed it anyway.

Last Friday, March 25, a spokesman for Mariupol’s city government said that around 300 people had died when the building collapsed onto the shelter, blocking most of the exits. If that’s correct, it makes the attack the worst massacre of civilians since the Srebenica massacre in 1995, when thousands of Bosnian Muslims were murdered by Bosnian Serb forces.

The Russian defense ministry denies responsibility for the attack on the theater, claiming that the building was occupied by Ukrainian far-right extremists who had been holding civilians hostage there. An official statement insisted “Russian aircraft did not perform any tasks related to launching airstrikes on targets within the city limits of Mariupol on March 16” – though the city has been under constant bombardment since the first week of the war.

At least 2,500 Mariupol residents are known to have been killed, and city officials fear the real total is closer to 20,000.