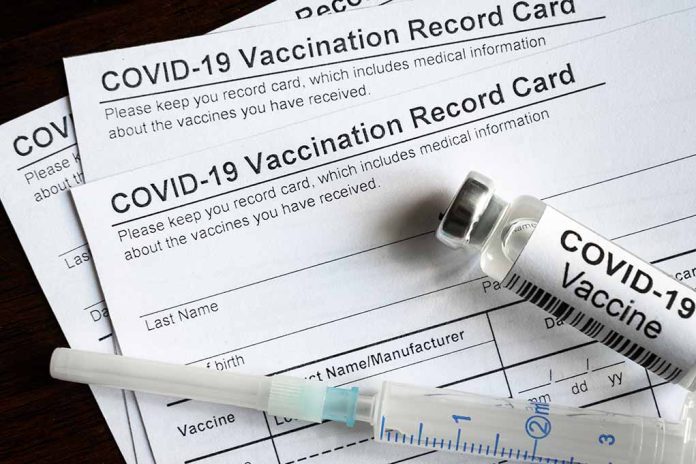 (NewsReady.com) – Millions of Americans across the country have received their COVID-19 vaccines because they chose to. But, millions of others are being forced to undergo a medical procedure they don’t want because their employer is forcing them. Now, dozens of workers are in trouble in New York City for allegedly submitting fake cards.

On Monday, November 15, the New York City Department of Sanitation confirmed the suspension of dozens of workers who allegedly submitted fake cards in order to circumvent the city’s vaccine mandate. Last month, Democratic Mayor Bill de Blasio issued an order forcing all city workers to get the shots or lose their jobs. The employees in question presented cards that showed they’d received the one-dose Johnson & Johnson vaccine from CVS Pharmacies. They didn’t realize the J&J shot stopped being distributed at CVS six months ago in their attempt to break the rules.

The sanitation workers are now suspended without pay. The city has said it takes the allegations very seriously, especially because the mandate was a job requirement.

Republicans across the country are trying to put an end to vaccine mandates and save jobs. They don’t want millions of Americans to be out of work because of their personal health decisions. Conservatives have repeatedly said people have a right to decide what’s right for their own bodies without the interference of the government. Democrats, who often screech about body autonomy apparently only feel the same when it comes to abortion. How convenient.