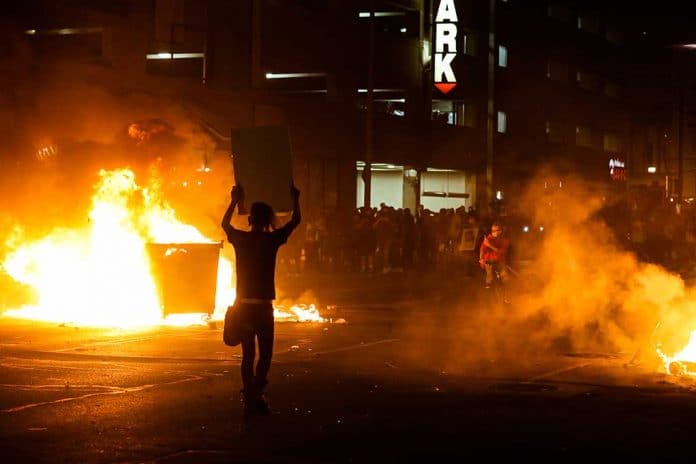 (NewsReady.com) – In 2019, the Proud Boys held a rally in Portland, Oregon. The conservative group was met by violent counter-demonstrators. One of the groups that showed up at the rally was Antifa — or people who claimed to be a part of the far-Left militant group. Another person who was there to document the rally was conservative journalist Andy Ngo.

Ngo was minding his own business, taking photos and videos of the event when Antifa members allegedly zeroed in on him. The violent protesters threw a milkshake on him, yelled at him and then punched him. The unprovoked attack was inexcusable, but it didn’t scare him off.

In the two years since the attack, Ngo has continued documenting the brutality of Antifa. And recently, he paid the price for that again.

On Wednesday, June 2, Ngo tweeted that Antifa tried to kill him again. He showed a series of photos documenting injuries he said he suffered in an attack. The pictures show injuries to his head, eye, hands and body. In the statement, the popular journalist explained what happened to him.

I was treated in the ER for multiple injuries to my head and body. pic.twitter.com/uCTr59LwaL

According to Ngo, he was confronted by the man who attacked him in 2019, John Hacker, around midnight. His attacker started asking him questions, but he refused to answer and continued to walk. That’s when a group of people dressed in black surrounded him, pulled his mask off and someone shouted, “That’s Andy. Get him! Get him!”

The journalist tried to run away but one person caught him. He pummeled him in his face and body while he pleaded for the person to not kill him. He eventually got away, went to the hospital and was treated for his injuries, but the psychological damage was done.

America is supposed to value the freedom of the press, but clearly, the radical Left does not. No journalist should ever have to worry about being attacked for doing their jobs. Yet, Andy has had it happen twice. That’s terrifying.