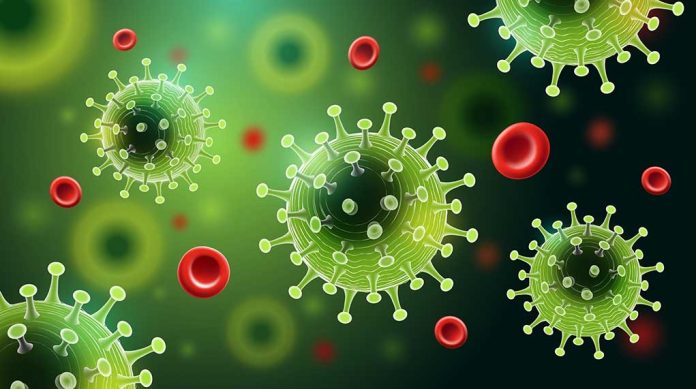 (NewsReady.com) – A new COVID-19 variant has emerged and is spreading globally. The Omicron variant has many mutations to its spike protein, the part of the virus targeted by vaccines, making it a concern to health officials. President Joe Biden responded to the news of the variant by closing the border to immigrants, non-US citizens, and green card holders from eight South African countries. However, his decision was a lot like closing the barn doors after the horses have already bolted because America already has cases of the new variant in at least two states.

While the administration has targeted people from overseas from coming into the country, they don’t seem to want to deal with a glaring issue: the Southern border.

During a press conference on Wednesday, December 1, Fox News Reporter Peter Doocy asked Dr. Anthony Fauci, director of the National Institute of Allergy and Infectious Diseases (NIAID), about the new travel restrictions. The journalist pointed out the director said he advised Biden to test everyone coming into the US and wanted to know if that requirement would include everyone.

Fauci responded, “The answer is yes.”

Doocy seized the moment and asked the NIAID director if that included the illegals pouring into the country at the southern border. Fauci claimed, “That’s a different issue.” He said the administration is only testing migrants entering illegally under certain circumstances.

Doocy asks Fauci about travelers being checked for COVID before coming into America: "What about people who don't take a plane and just these border crossers coming in in huge numbers?"

It’s hard to see how that issue is “different.” Infected people could come into the country at the border with the Omicron variant. If they aren’t tested, they could infect those in detention with them. Authorities might release some of those people into the US, where they could spread the deadly infection to Americans.

If the Biden administration truly wants to keep Americans safe from COVID-19, wouldn’t addressing the immigration issue be vital? Instead, it seems as though Fauci and the president are willing to ignore possible superspreaders because it’s more politically convenient. In other words, the White House is politicizing the pandemic.