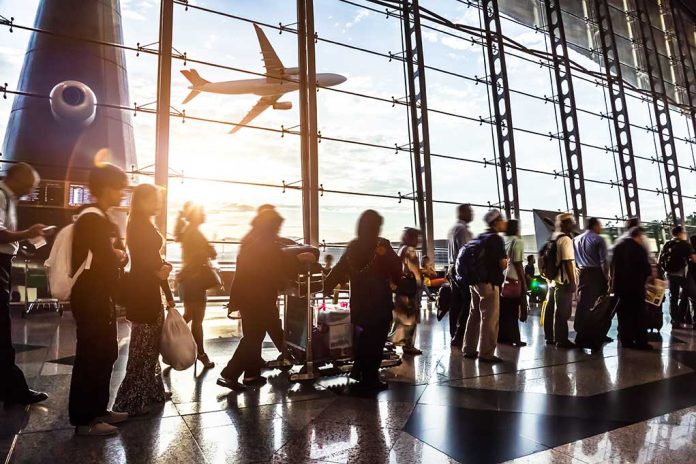 (NewsReady.com) – Assaults on airline workers are up dramatically in the wake of the COVID-19 mandates for travel. It’s not just the employees who are being attacked; travelers have been hurt. That was the case on a recent Delta flight.

On December 23, a disturbance occurred on a flight from Tampa, FL to Atlanta, GA. According to reports, passenger Patricia Cornwall attacked a man for not wearing a mask. A video of the incident showed the angry woman with her own mask pulled down demanding Delta employees make the man put his mask on his face. The man told her that he was eating and had a right not to wear it. She became enraged and started hitting him.

Crazy woman attacks man on flight for not wearing his mask while he eats. This is insane: pic.twitter.com/dyeQFR6PUa

The Atlanta Police Department released a statement saying they were called to the Hartsfield Jackson International Airport to respond to a disturbance on a flight. Officers met with Delta employees and passengers upon arrival. They discovered Cornwall started the disturbance and caused injuries to passengers and Delta employees, and the police took her into custody. FBI agents later responded to the precinct and took custody of her.

Not only was the incident completely inappropriate, but Cornwall was a hypocrite. She didn’t have a mask on while she was acting like an utter fool. Now, she has plenty of time to reflect on her behavior while federal authorities contemplate charges against her.