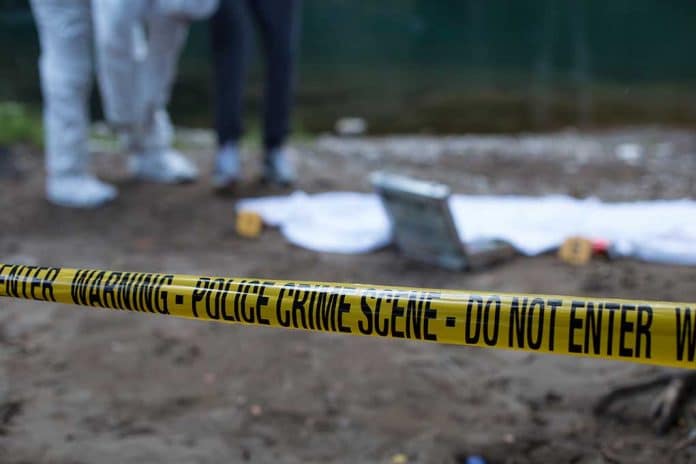 (NewsReady.com) – On Saturday, June 12, hikers visiting Catoctin Mountain Park in Thurmont, Mayland made a gruesome discovery: a severed foot inside of a sneaker. After another terrible discovery, the FBI opened an investigation.

The discovery of the severed foot led to a wider search of the area that is located near Camp David. Police found the other skeletal remains the next day about 60 yards away. According to authorities, the other foot and a hand are still missing. FBI investigators say the remains are of a woman who had long, dark hair in braids. She was wearing a black tracksuit with red Nike sneakers.

DO YOU RECOGNIZE THESE?

The FBI needs your help in identifying a woman who was wearing these clothes. Her dismembered body was found by Maryland hikers over the weekend.

Law enforcement isn’t sure when she was killed, but they believe it was three to six months ago. The tracksuit was made of light material, indicating that the weather was not very cold when she died. A Puma purse was also found near the remains. Inside the bag was a set of keys with several keychains including one that said El Salvador, another that spelled “love” and a turtle.

Do you recognize these keys? #FBI Baltimore is asking for your help with identifying a woman whose body was found
at Catoctin Mountain Park in Thurmont, MD, on Saturday, June 12. FBI was called after a portion of the woman’s body was discovered by hikers: https://t.co/DsjfsQCYza pic.twitter.com/aNdgaU85UT

An autopsy is pending and no cause of death is known yet. However, authorities believe she met a violent end because of a couple of factors: they did not find an abandoned car in the area and there are no missing women reported.