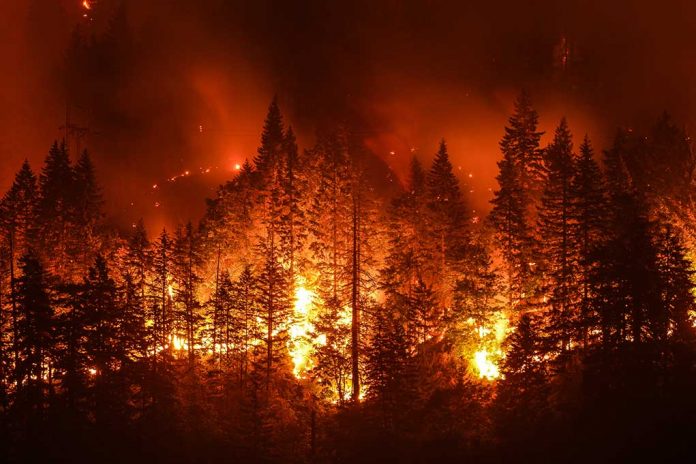 (NewsReady.com) – The Dixie wildfire is officially the largest single blaze in California’s history. Now, a federal judge wants Pacific Gas & Electric to turn over information on its equipment, citing fears the energy company started the inferno.

Meanwhile, the blaze continues to grow as firefighters struggle to regain control over it. It has devastated nearly a million acres of land, damaged or destroyed 600 buildings and obliterated whole towns, leaving over 20 people missing.

Concerningly, reports show it was caused by a PG&E power line.

A tree was found laying on a PG&E distribution line in the vicinity of the Fly Fire, which then merged with the Dixie Fire (now ~250k acres). The company told regulators tonight that it’s cooperating with the Forest Service’s investigation.

Last week, the electric company admitted a fallen tree caused issues with one of their lines; they opted to avoid cutting power at the time. Experts believe a dead tree fell against a line, and eventually made contact with the uninsulated high-tension cable. This set the wood on fire, which marked the beginning of a rapidly spreading and massive blaze – all because the company left the cable live, instead of turning it off remotely.

The federal judge investigating the case wants PG&E to supply details of the equipment they were operating in the area where the fire began. They have until August 16 to respond. This isn’t the company’s first brush with investigators — they previously pleaded guilty to 84 counts of involuntary manslaughter over its role in starting a series of fires that swept the state.