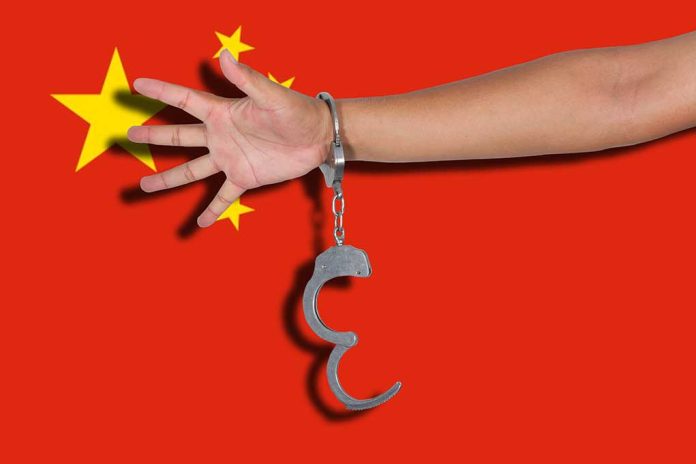 (NewsReady.com) – It’s no secret that the Chinese government heavily censors its own citizens. Those who are critical of the government often receive harsh treatment by the Communists. While US residents are supposed to be safe from Chinese influence, it appears the communist regime is reaching across the world to try to censor people in America. Now, the alleged bad actors are feeling the heat of the American justice system.

On Wednesday, March 16, the US attorney for the Eastern District of New York announced charges against five individuals for allegedly harassing, stalking, and spying on US residents on behalf of the People’s Republic of China (PRC).

In one instance, the suspects are accused of trying to interfere with a US veteran’s congressional campaign. In another, they reportedly plotted to destroy the artwork of a Chinese citizen who lived in Los Angeles and was critical of the communist regime. They allegedly also planted surveillance equipment in his studio and car.

“The complaints unsealed today reveal the outrageous and dangerous lengths to which the PRC government’s secret police and these defendants have gone to attack the rule of law and freedom in New York City and elsewhere in the United States,” stated United States Attorney Peace. https://t.co/YFhOGLBZG1 pic.twitter.com/lrtKfWdpnr

United States Attorney Breon Peace said the complaints show the “outrageous and dangerous lengths” the Chinese communists “have gone to attack the rule of law and freedom” in the United States.