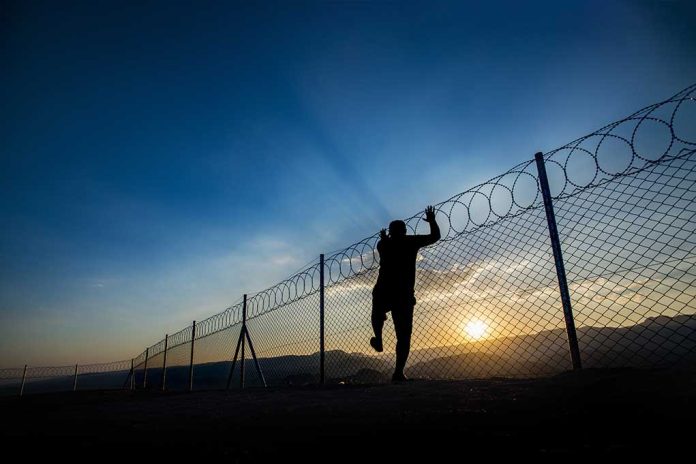 Drug Mule Manages To Slip Away From Feds After Capture

(NewsReady.com) – 2021 was the worst in history for overdose deaths in the US. More than 100,000 people lost their lives to drugs. Part of the reason for the skyrocketing deaths is the increase in the availability of fentanyl. The drug rose to popularity after states began cracking down on pill mills and prescription opioids.

Federal, state, and local law enforcement agencies have started going after drug dealers. In July, federal agents held a press conference and bragged about their work to get the deadly drug off of the streets in Colorado. But, they forgot to mention something important.

NBC News reported that in July, Brian Besser, the Drug Enforcement Administration’s (DEA) special agent in charge of the Denver Field Division, spoke at the press conference and said he wanted everyone to see “something different […] not just a doom and gloom story.” He went on to talk about the police work going into seizing fentanyl and prosecuting those distributing it. He claimed they were saving lives and bringing criminals to justice.

Besser discussed a case where officers were able to get 114 pounds of pure fentanyl off of the streets in June, which was enough to kill over 25 million people. “We are not asleep at the wheel,” the special agent in charge claimed. But, his remark ended up being incredibly ironic.

According to the report, the DEA let David Maldonado, 27, the man who was allegedly transporting the drugs, get away. He’d told agents he was going to help them capture the traffickers in Indiana, where he was delivering the fentanyl. On the way to make the deal, the suspect reportedly managed to lose the police after removing a tracker from his car like a savvy criminal in a blockbuster movie. Months later, the agency still has not captured him.

Colorado State Patrol isn’t taking any heat for the flub. In a statement to NBC, Master Trooper Gary Cutler said the DEA made the deal with Maldonado, but he escaped, “and that was their debacle.”

Letting an allegedly major player in a fentanyl ring escape is a major fiasco for the federal agency. The government has made the drug one of its top priorities, and now there’s a guy who had enough drugs to kill millions just roaming the streets.

What do you think should happen to the agents who were supposed to be in charge of the suspect?