(NewsReady.com) – When COVID-19 struck the US, President Donald Trump flew into action. He was tasked with putting together a response quickly to try to mitigate the damage. Many people criticized his response, accusing the commander-in-chief of not doing enough. But was that true?

For the last decade, the US has spent between $10 billion and $12 billion on health crisis preparedness — every year! That included pandemics and many are now wondering where that money went. Former President Barack Obama’s administration had six years to plan for something like this. Did they or did President Trump inherit another mess?

In 2018, a paper published in the journal “Health Security,” reported the US had spent almost $100 billion on preparedness. The money was allocated from 2010 to 2018 and it was supposed to be used to prepare the country for medical crises. The money went toward three categories: biosecurity, pandemic flu and multiple hazards.

The White House CoronaVirus Task Force, headed by Vice President Mike Pence, has done a fantastic job of bringing together vast highly complex resources that have set a high standard for others to follow in the future. Ventilators, which were few & in bad shape, are now being….

According to a USA Today report, the Obama Administration did not take the steps needed to replenish the N95 mask stockpile after a number of disasters and outbreaks during his tenure.

The failure to prepare goes beyond Obama, however. For two decades, experts warned a pandemic was coming. They said the US should prepare itself but warnings went unheeded. When it finally happened, Trump was right: the country was not prepared.

It was a failure across the board. Many would argue President Trump has done the best he could with the hand he was dealt. He quickly implemented immigration measures to stop more infected people from coming into the US. He made sure hospitals were getting what they needed as quickly as possible. And, his administration encouraged Americans to put their economy on hold in order to slow the spread. Without those measures, we could be in a far worse position. 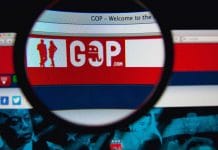 5 Misleading Claims Biden Made During Speech