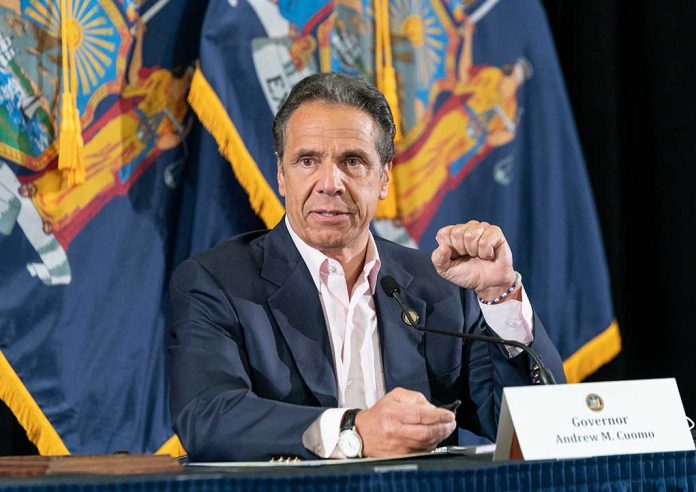 (NewsReady.com) – On Tuesday, August 3, New York Attorney General Letitia James released the findings of the probe into sexual harassment claims against Governor Andrew Cuomo (D). The investigation alleged the governor broke multiple federal and state laws by harassing several women. Instead of taking responsibility, Cuomo denied the allegations, and a former aide spoke out against him, calling him a “danger.”

Charlotte Bennett slammed Cuomo. She’d previously accused the governor of inappropriate conduct. During his denial, he addressed her by name, saying she misinterpreted what he said to her. She denied his excuses, saying he did come on to her and called his non-apology an insult to her and every survivor.

The former aide says she thinks the allegations against Cuomo were buried for so long because he’s an “establishment political figure” who “rules by fear.”

Eleven women are accusing the governor of sexual assault. President Joe Biden and Senate Majority Leader Chuck Schumer (D-NY) have called on Cuomo to resign. He has not indicated he has any plan to walk away from the position, but there are signs the legislature will move to impeach him.

As for criminal charges, James believes the governor committed many crimes but did not issue a prosecution referral.