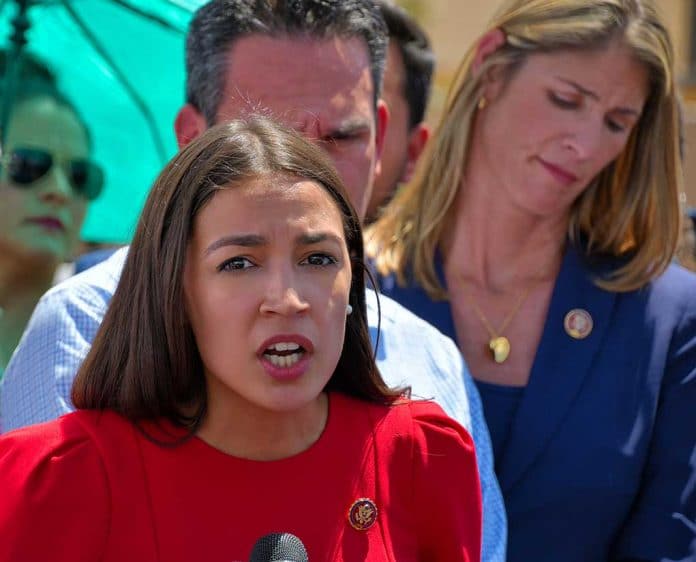 (NewsReady.com) – Rep. Alexandria Ocasio-Cortez (D-NY) has had a lot to say about immigration recently. The former head of ICE believes that everything she says is wrong.

On May 14, AOC and 33 Democrats sent a letter to ICE Director Tae D. Johnson and Homeland Security Secretary Alejandro Mayorkas, asking that they review the way the government enforces immigration laws. According to the Liberal lawmakers, the current laws are discriminatory, especially the one that requires ICE to arrest illegals convicted of “aggravated felonies,” like gang members. They claim that term is a “relic of the racist War on Drugs.”

Recently, we led 34 colleagues in calling on ICE to end the carceral approach to immigration.

We need humane and just immigration policies that aim to end mass incarceration, criminalization and deportation of immigrants. pic.twitter.com/EInq4zMNA7

In a “Fox & Friends” interview on May 19, former acting ICE Director Tom Homan said everything AOC says about immigration is “wrong.” He said she’s the “least smart congresswoman in the history of Congress.”

Homan also slammed President Joe Biden for his failure to handle the immigration surge. But, like many Republicans, he believes the president and the Left are doing all of this to further their open-borders agenda — at the expense of America.