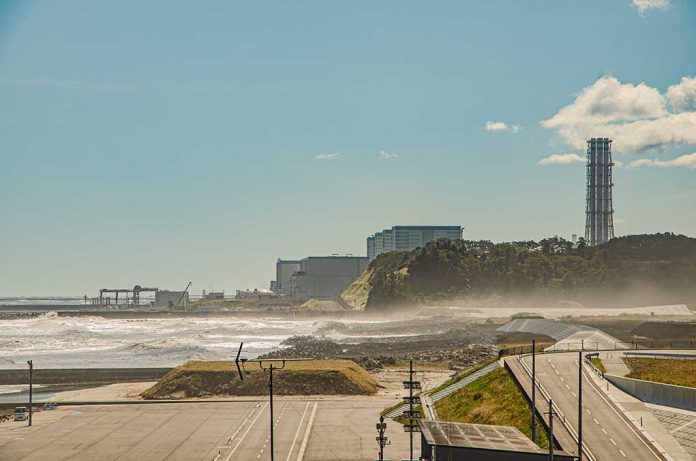 (NewsReady.com) – One would think people wouldn’t have to say something like, “Releasing radioactive water is a really bad idea.” It seems like it’s common sense, but the operators of a nuclear waste site in Japan have not received the memo.

On March 11, 2011, a massive 9.1-magnitude undersea earthquake hit Japan. The event took place east of the Oshika Peninsula, and lasted for six minutes. The earthquake was only half of the problem. Its epicenter was in the Pacific Ocean, causing tsunamis.

The event caused widespread damage, and was one of the strongest earthquakes ever recorded. A series of tsunamis formed after the quake. One of the massive waves was more than 40 feet tall, which hit Tōhoku and caused a nuclear plant meltdown.

More than 19,740 people died as a result of the event. Another 6,200+ people suffered injuries, and there are over 2,550 people missing from the tsunamis.

The earthquake caused the Fukushima Daiichi Nuclear Power Plant reactors’ electricity supply to fail. The plant’s emergency generators quickly kicked on, and everything may have been okay if that’s where it stopped. Unfortunately, the wall of water from the tsunami was too much for the plant to handle.

The water flooded some of the reactors, which caused the emergency generators to fail. That resulted in three hydrogen explosions, three nuclear meltdowns, and a massive amount of radioactive water entering the Pacific Ocean. It was the worst nuclear disaster since Chernobyl in 1986.

Plan to Dispose of Water

Ten years after the nuclear disaster, there are still millions of tons of contaminated water at the plant. Now, Fukushima’s operators, Tokyo Electric Power Co, are going to construct an undersea tunnel to release treated water into the ocean. The Japanese government claims the water is going to be safe because of processes to treat and dilute it prior to release.

Opponents say releasing the water will undermine years of work to restore the confidence in the fishing communities surrounding the plant. The move is also opposed by neighboring countries, including China.

Fukushima’s radioactive water had an impact in California. In 2018, reports indicated its radiation was in wine made in the state. What’s going to happen when Japan allows more than a million more tons of that water into the ocean? They claim it will be safe, but will US scientists test and prove that before it happens?