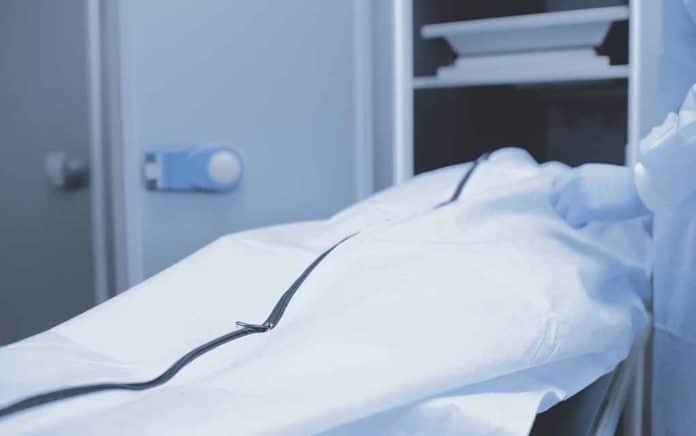 On October 12, Blue held a press conference to discuss Petito’s autopsy results. He said she died by manual strangulation three to four weeks before police discovered her body. That puts her death right around August 27 to August 30, when she was in the park with her boyfriend Brian Laundrie.

We've now learned #GabbyPetito died from strangulation. With #BrianLaundrie still missing, here's an updated timeline of events leading up to this point. pic.twitter.com/WsnhZMz8Qk

Criminal justice experts often define manual strangulation as an intensely personal way to kill someone. In order to murder a person that way, the suspect has to be close to the victim for several minutes, often face-to-face.

Authorities have not named a suspect in the Petito homicide. However, they have said Laundrie is a person of interest. The FBI is currently hunting for him after his parents reported him missing days before Petito’s body was found. There’s currently a warrant for his arrest for allegedly using her credit card after she died. Although there have been several alleged sightings of the young man, police have not been able to locate him.

The FBI asks anyone with information about the case to report it to 1-800-CALL-FBI.