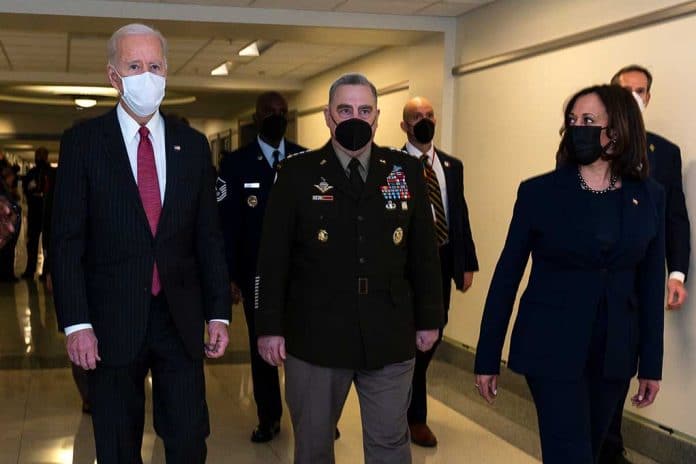 (NewsReady.com) – China has spent the last few years rapidly expanding its military strength. The communist nation is also acting more aggressively toward Taiwan. General Mark Milley, Chairman of the Joint Chiefs of Staff, issued a warning about the adversarial nation.

During a recent speech at the Aspen Security Forum, Milley discussed the rapid growth of the Chinese military and economy. He said the country aspires to “challenge the United States globally.” He continued, saying the country’s military is “becoming extraordinarily powerful” and wants to change the “international order” to benefit itself. It’s going to become a “real challenge” in the coming years, Milley explained.

The general also theorized China probably would not invade Taiwan in the immediate future.

That’s not the first time Milley has warned about China in recent weeks. In October, he called the country’s alleged test of a nuclear-capable hypersonic weapon their “Sputnik moment,” referring to the incident that intensified the Cold War.

America will need to continue making its own advances to ensure it could fend off a Chinese threat. However, with Democrats in charge, it’s unclear whether they’ll spend the money necessary to accomplish that goal.