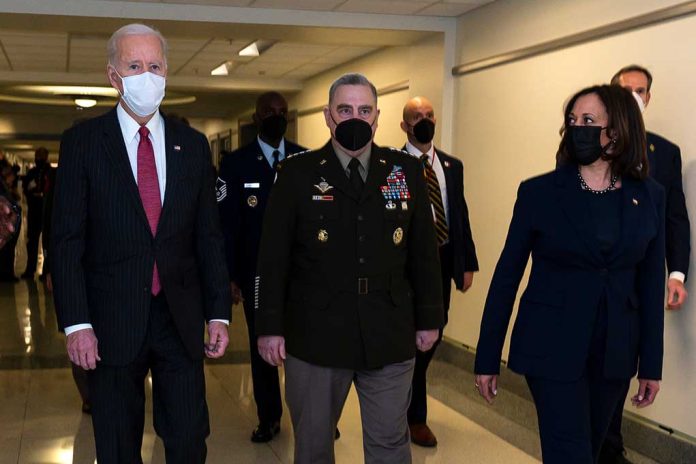 (NewsReady.com) – The world’s attention has been focused on Russia over the last several weeks, and for good reason. Russian President Vladimir Putin invaded Ukraine fully unprovoked, and is responsible for the deaths of thousands of people. World leaders have been frantically trying to figure out ways to stop the needless war and restore peace in Europe. While that’s going on, China is also up to no good. Joint Chiefs of Staff Chairman Mark Milley recently accused the communist country of trying to cause the collapse of other countries.

On April 5, Milley went before the House Armed Services Committee for a hearing on the Fiscal 2023 Defense Budget Request. According to The Epoch Times, during the hearing, he told members of Congress that the People’s Republic of China (PRC) “continues to challenge the stability and security [of] the Pacific and is increasingly exporting their ability to destabilize countries abroad.”

Although Russia is currently attacking Ukraine, and that is certainly a concern for the US military, the Pentagon believes China is the biggest threat to both US national security and the stability of countries around the globe. Milley was blunt when he told lawmakers, “The world is becoming more unstable, not less unstable.”

China’s aggressive action toward Taiwan is an example of the nation’s attempts to destabilize the Indo-Pacific region. In recent months, the Chinese military has repeatedly encroached on the island’s airspace.

In March, officials in Beijing warned countries would face the “worst consequences” if they supported Taiwan’s military in any way. They claimed, “no one and no force” would be able to stop them if they decided to take action against the island. Even still, the United States hasn’t let China’s threats stop them from supporting Taiwan. The same week Milley was on Capitol Hill, the US State Department approved a $95 million arms deal with the island. It was the third such deal in less than a year and a half.

Defense Secretary Lloyd Austin was also at the hearing, he explained to lawmakers that China has modernized nearly every part of its military while focusing on “US military advantages.”

It’s unclear whether the House is going to approve the 2023 military budget. We will keep you updated.