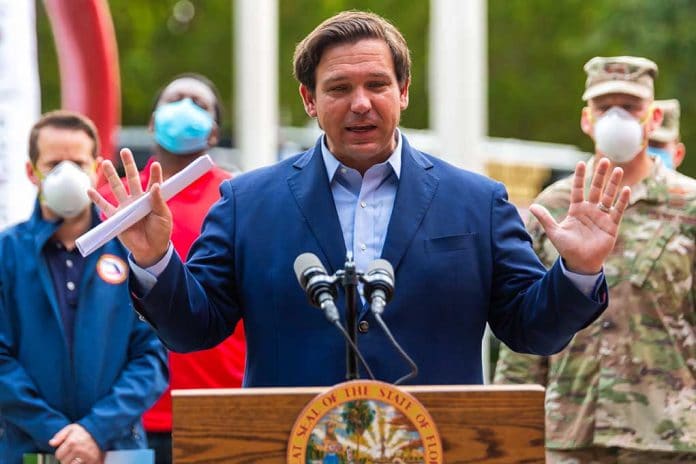 (NewsReady.com) – Many conservatives have applauded Florida’s handling of the coronavirus pandemic. Unlike other states, Governor Ron DeSantis (R) was not bullied by Liberals into extending his state’s lockdowns, and it has been operating relatively normally for months. Now, the governor is waging another battle.

On Monday, March 29, DeSantis announced he was going to sign an executive order prohibiting the use of vaccine passports, which could have allowed businesses to exclude people from their establishments unless they’ve received a COVID-19 vaccine. The Republican governor said it’s “unacceptable for either the government or private sector” to force vaccines upon people.

The idea of vaccine passports has become more popular as more people receive the vaccination, but they raise a number of concerns. Should citizens be forced to share their private health information in order to enter a baseball game? And, isn’t that a way of forcing vaccines on people without officially forcing vaccines on them? It sure seems that way.