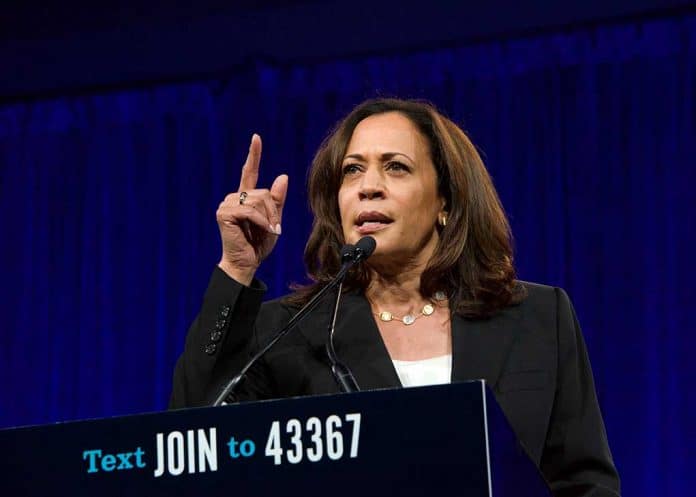 (NewsReady.com) – In March, President Joe Biden appointed Vice President Kamala Harris to solve the border crisis. Since then she has scheduled international trips, pledged millions of taxpayer dollars to Central American countries, and still she has not actually visited the border to see what is going on. Republicans are hoping to force her to do that.

On May 30, Rep. Ashley Hinson (R-IA) introduced the “See the Crisis Act.” The legislation would block Harris from using taxpayer dollars to travel internationally until she goes down to the border to see the crisis firsthand. In a press release, Hinson said that it’s “unacceptable” that the VP has still not visited the border to hear from “brave law enforcement officers about what they are facing on the ground.”

🚨✈️I just introduced the See the Crisis Act, legislation that would block @VP Harris from using taxpayer dollars to travel internationally until she sees the border crisis firsthand. The VP should #SeeTheCrisis & secure our border now. #IA01https://t.co/S6p0N6xlpT

Republicans have been calling on Harris to visit the border for months. They say she cannot figure out how to solve the problem if she has not seen it. Harris has made a number of excuses, claiming that she is not going down there over COVID-19 concerns and also said that she is handling the crisis “diplomatically.”

Unfortunately, although Hinson’s bill is necessary, it’s unlikely to pass the House under the current leadership. Democrats don’t seem to have any interest in actually solving the crisis at the border.