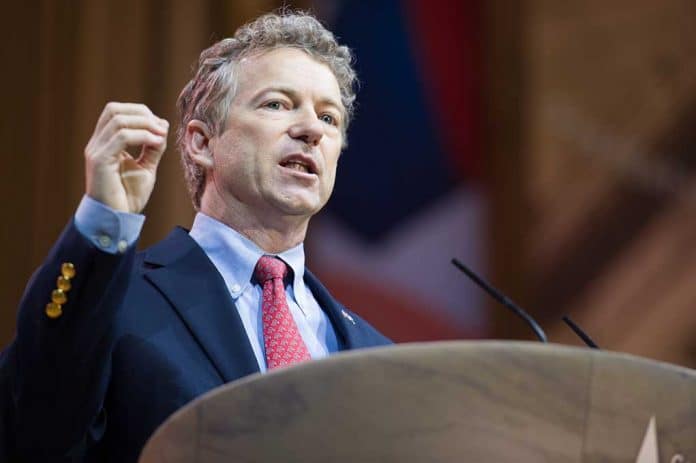 (NewsReady.com) – On January 13, the House of Representatives led by Speaker Nancy Pelosi (D-CA) impeached then-President Donald Trump a second time with only seven days left in his first term. A week after the vote, Joe Biden was inaugurated and made a big show of saying he wanted to unite the country during his speech. One Republican is now letting the new commander-in-chief know what it’s going to take to do that.

In a Fox News interview on Inauguration Day, Senator Rand Paul (R-KY) said the only way Biden is going to bring the country together is by stopping the impeachment of Trump. The senator said if the new POTUS thinks he will unite by impeaching his predecessor, Paul doesn’t “know what he’s smoking.” Continuing with the proceedings will just further divide America.

Paul previously warned the GOP that if they vote with the Left to convict Trump, then they may lose a third of the party.

.@RandPaul: One-third of Republicans will leave party if GOP senators go along with convicting Trump.https://t.co/V0EElzzRKw

If Congress has any sense, it will just let Trump retire in peace and leave him alone. Pelosi has already said she plans to send the article of impeachment to the Senate. We will keep you updated as the witch hunt continues.