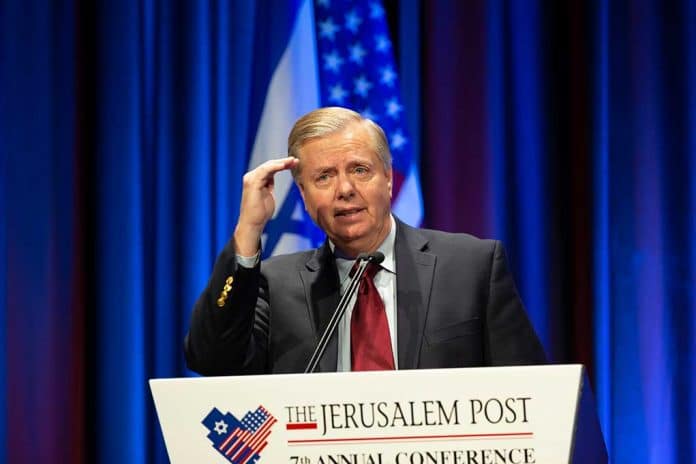 (NewsReady.com) – Racism is one of the Democrats’ go-to arguments – but the GOP is running out of patience with it. On Sunday, March 28, a senior Republican senator accused President Joe Biden of being true to form and playing the race card.

On March 28, Senator Lindsay Graham (R-SC) blasted the president for his constant exploitation of racism as a political argument after the president invoked Jim Crow to attack new voting integrity laws in Georgia. The president called the new voter ID laws “Jim Crow in the 21st Century,” just days after he agreed with former President Obama that the Senate filibuster is “a Jim Crow relic.”

The fact that neither the Georgia law nor the filibuster has anything in common with the Jim Crow laws doesn’t seem to matter to the increasingly confused president.

If the filibuster is a holdover from the Jim Crow era why did 27 Democrats sign a 2017 letter encouraging the GOP to not abolish the filibuster when we were in charge?

President Biden & his Democratic colleagues are taking hypocrisy to a new level.
https://t.co/PL64wgJvGu

Graham pointed out that Biden (like Obama) was a strong supporter of the filibuster when he was a senator faced with a GOP majority. He went on to say, “Every time a Republican does anything, we’re racist… we’re tired of it.”