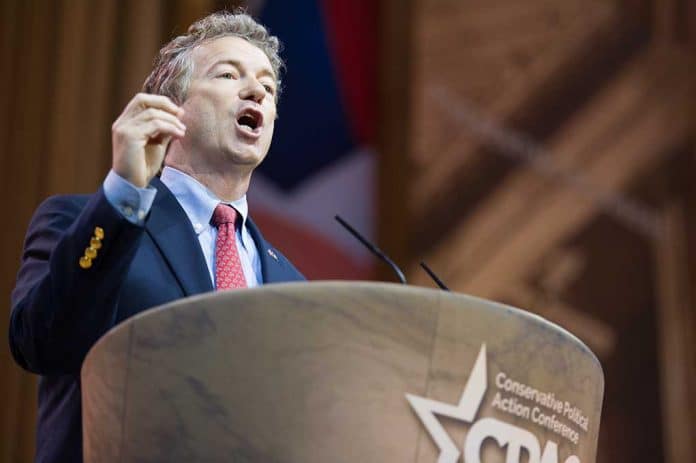 (NewsReady.com) – A Republican senator has criticized President Biden’s divisive style of government, contrasting it with the promises made during the campaign. With Biden abandoning centrism and shifting to a left-wing agenda, hopes of bipartisanship are dying fast.

On April 25, Senator Rand Paul (R-KY) blasted the president for his “my way or the highway” approach. Paul reminded Fox News viewers that Biden campaigned on a platform of bringing America back together and drawing on talent from all sides. “I haven’t seen any of that,” he continued.

Paul discussed Biden’s massive spending plans, which are filled with left-wing items and have been strongly opposed by Republicans. He criticized the classification of reparations and child care as “infrastructure,” and pointed out that Republicans are willing to support an infrastructure plan that focuses on transport and communications. However, Biden has rejected attempts to build bipartisan agreement on his $1.9-trillion COVID relief plan, and is heading the same way on the $2-trillion “infrastructure” spending.

Paul says the president is trying a charm offensive – seeking GOP votes without listening to their ideas. “We’re not going to vote for that,” he warned.