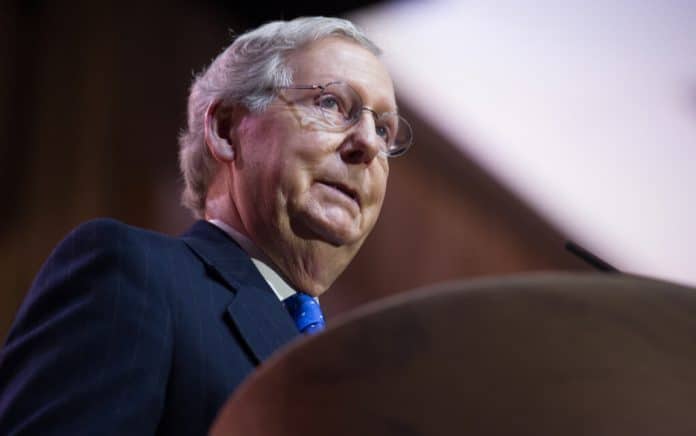 (NewsReady.com) – Senator Minority Leader Mitch McConnell (R-KY) has decided he’s going to take a stand and support Rep. Liz Cheney (R-WY). This is the same Liz Cheney who betrayed the Republican Party, attacked former President Donald Trump, and might lose her seat in Congress as a result. However, McConnell did more than just defend her.

On Monday, February 1, McConnell praised Cheney for her “courage” and “deep convictions.” He said the congresswoman is an “important leader” in the Republican party and he’s “grateful for her service.” Then, the senator, who managed to lose the majority in his chamber after failing to help the GOP senators in Georgia to hold onto their seats, said he’s looking forward to working with Cheney.

After a statement taking a major swipe at Marjorie Taylor Greene (“cancer for the Republican Party”) this morning from Mitch McConnell? “Liz Cheney is a leader with deep convictions and the courage to act on them..”

Apparently, it was brave of Cheney to attack the man her constituents overwhelmingly voted for as president of the US. Serving her own beliefs, and not the people she’s paid to represent, takes a lot of leadership and courage. The question is: are the voters in her district going to feel the same way when they head to the polls in 2022?