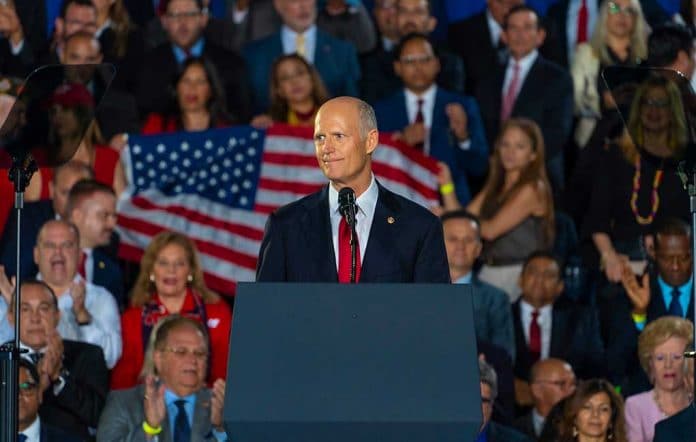 (NewsReady.com) – The 2024 election is still three and half years away, but it feels like it’s right around the corner. That’s because President Joe Biden hasn’t even been in office for three months and political pundits are already talking about who might run against him the next time — if he even chooses to run again.

It looks like Senator Rick Scott (R-FL) is emerging as one of the top unofficial candidates for the Republican nomination.

On Thursday, April 1, Scott visited Iowa in his official capacity as the chair of the GOP’s reelection arm. The media has been buzzing with commentary about his trip to the state. The Tampa Bay Times reported that he is “laying the groundwork for a potential 2024 run,” and they believe he will do it by outspending the competition like he did when he was elected governor of the Sunshine State twice and its senator once.

In order to get the money needed to secure a nomination, the newspaper reported he will need donors in his corner, and that’s what the trip to Iowa might afford him, even if he is not there as a candidate.

What Are His Chances?

It’s too early to tell if Scott has any chance of winning the nomination because it’s unclear who he will be up against. However, if Trump decides to take another run at the White House, he will likely crush the competition and kill Scott’s chances of winning. We will have to see how that plays out. One thing is for sure: it’s going to be a wild ride.