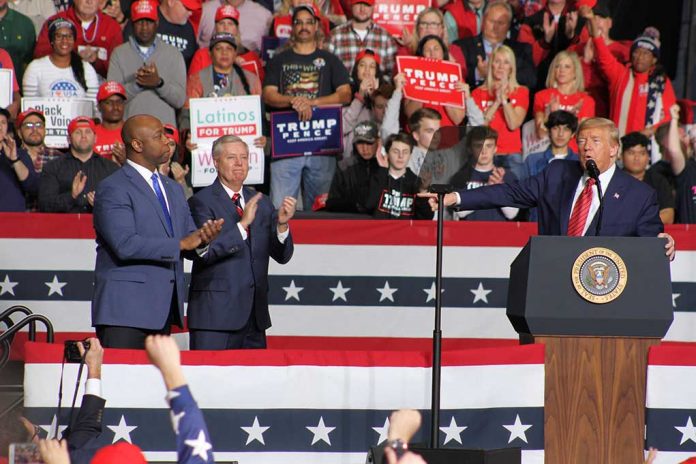 (NewsReady.com) – A leading Republican senator said on Sunday, March 7, that he wants to use Donald Trump’s “magic” to boost the GOP. As president, Trump energized American voters like no other Republican has done, and the party can’t afford to ignore that.

"There's a dark side, and there's some magic there, and what I'm trying to do is just harness the magic."@LindseyGrahamSC says former President Donald Trump could make the GOP stronger, or he could "destroy" the GOP.
https://t.co/3cgK48RfVR

Talking to Axios on March 7, Senator Lindsay Graham (R-SC) said the best way forward for his party is along the course mapped out by President Trump. Graham, who was one of the president’s most reliable allies during his time in the White House, reminded his audience that Trump had gained more votes than any Republican president in history. He went on to say the former president could make the party “something that nobody else I know could make it.”

Graham, who has never shied away from telling Trump where he thinks he’s getting it wrong, urged both Trump and the party to “see if we can make a go of it.” He added, “I’m just trying to harness the magic.”