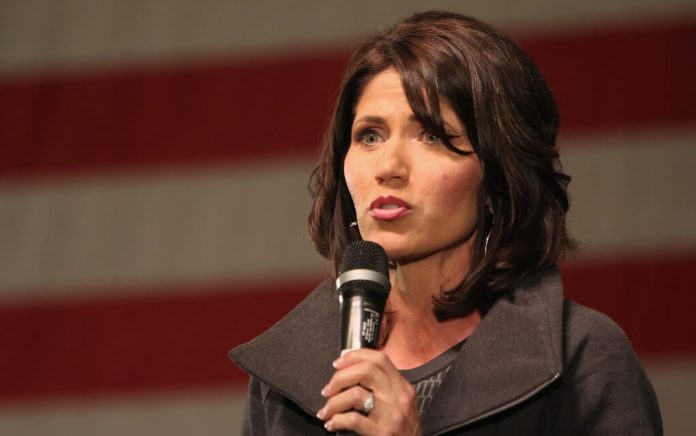 (NewsReady.com) – Republican South Dakota Governor Kristi Noem is concerned with the news that Microsoft founder Bill Gates is the largest private farmland holder in the US. Speaking at the YAF National Conservative Student Conference in Washington, DC, Noem told a student that buying up huge chunks of agricultural land by any entity is deeply concerning, as it eludes to possible attempts to monopolize the food chain. Gates may be a symptom of a much larger disease — one that includes the Chinese Communist Party (CCP).

When Competition Suffers, So Do American Families

According to Noem, when entities owned by people like Gates and the CCP get into the farming business, it reduces the likelihood of competition from smaller, local farms. More often than not, a mega-farm taking over large tracts drives the little guys off to try their luck elsewhere. While Gates and the Chinese don’t yet hold any farmland in her state, a large purchase by Beijing-backed money recently purchased 300 acres in North Dakota — a little too close for comfort.

The question the governor answered also included references to GMO vegetables and “fake meat.” Noem says her main concern is diversity in the food chain. If one person or entity runs the whole show, the likelihood that consumers will eventually have little choice increases. She believes that Gates is no different from the Chinese when it comes to the existential threat to American farming.

The recent land purchase in North Dakota raised a lot of eyebrows on Capitol Hill from both sides of the aisle. China’s Fufeng Group made the land purchase in the Grand Forks area with plans to develop the empty plot for agriculture. The site, with little on it other than overgrowth, sold for $2.6 million.

The chunk of land seems like just another piece of the communist country’s continuing buyup of US real estate, but it could be much more. It sits less than 20 minutes from the Grand Forks Air Force Base, the US military’s worldwide communications hub. Could the plan for North Dakota include some covert spying on a major government installation?

Rep. Dan Newhouse (R-WA) thinks it’s a significant risk, so he introduced legislation in May that closes loopholes allowing Chinese companies to circumvent anti-foreign entity laws in many states by buying US companies that already own land.