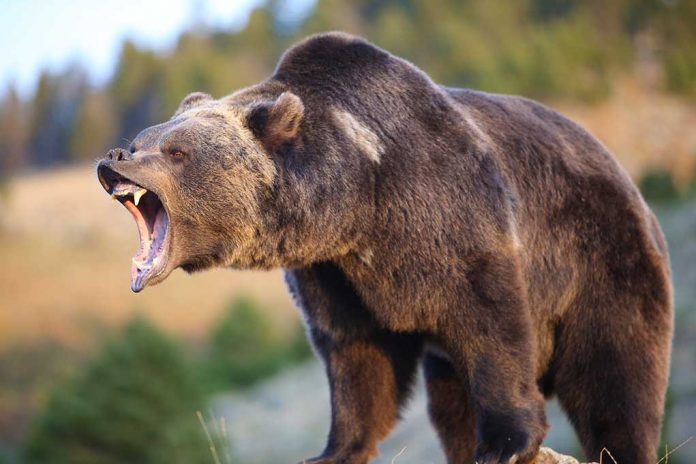 (NewsReady.com) – On September 4, a hiker visiting Canada’s Yoho National Park found the remains of a grizzly bear along a path. Park officials picked up the remains of the animal, and ecologists performed an autopsy on it. What they found was quite surprising.

According to Parks Canada, a mountain goat killed the grizzly bear. The goat apparently stabbed the female bear to death with its sharp horns.

David Laskin, an ecologist with the Lake Louise, Yoho and Kootenay field unit, told the press that when grizzly bears attack, they focus on the prey’s head. That puts the goat in a position to “protect itself using its sharp horns.”

Parks Canada officials have confirmed a female grizzly bear found dead in early September was likely killed by the "dagger-like" horns of a mountain goat. #9Newshttps://t.co/rEI2CKKZbT

Grizzly bears are omnivores, meaning that they eat both plants and animals. They like salmon, squirrels, berries, deer, caribou, elk, and other animals. Although they’re found all over the US and Northern Canada, their populations are much smaller in Southern Canada, where the hiker made the discovery.

Laskin explained bears often attack mountain goats because they’re generally easier prey than moose or elk. He said although the smaller animals have killed grizzlies in the past, it’s rare for scientists to actually get a chance to study the animal.