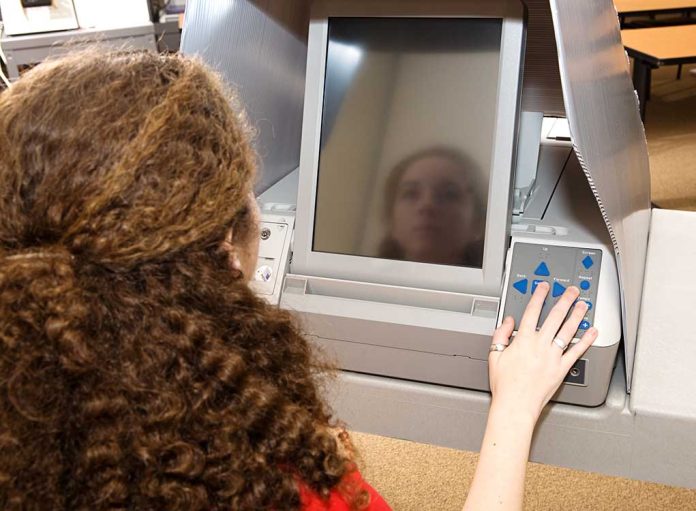 (NewsReady.com) – The 2020 presidential election brought a number of allegations of voter fraud into the public conversation. Although authorities were unable to prove the claims, it did prompt states to make changes to secure their processes. Michigan was one of the states that faced allegations, and now officials are investigating after someone got their hands on a voting machine.

Hacker Harri Hursti has purchased hundreds of voting machines online. However, one of his recent purchases has led to an investigation. The Dominion ImageCast X machine was reportedly from Wexford County and had been used to print ballots. Hursti bought it as soon as he saw it on eBay for $1,200 because he’d never seen the inside of one before.

After buying it, Hursti sent an email to the Michigan Secretary of State Jocelyn Benson’s office to inform her of the deal, something he always does when he buys one online. That’s when state officials realized it was missing.

Benson put out a statement saying she was working with police to investigate “an illegal attempt to sell a voter assist terminal.” She explained the machine is used for voters with disabilities who need help at polling places.

ALERT: We are working with law enforcement to investigate allegations of an illegal attempt to sell a voter assist terminal acquired in Wexford County, MI. These terminals do not tabulate ballots, they are for voters who need help marking their ballot privately at polling places.

The seller of the machine, Ean Hutchison, allegedly bought it on a Michigan Goodwill website for $7.99. It’s unclear how it ended up at the discount store.